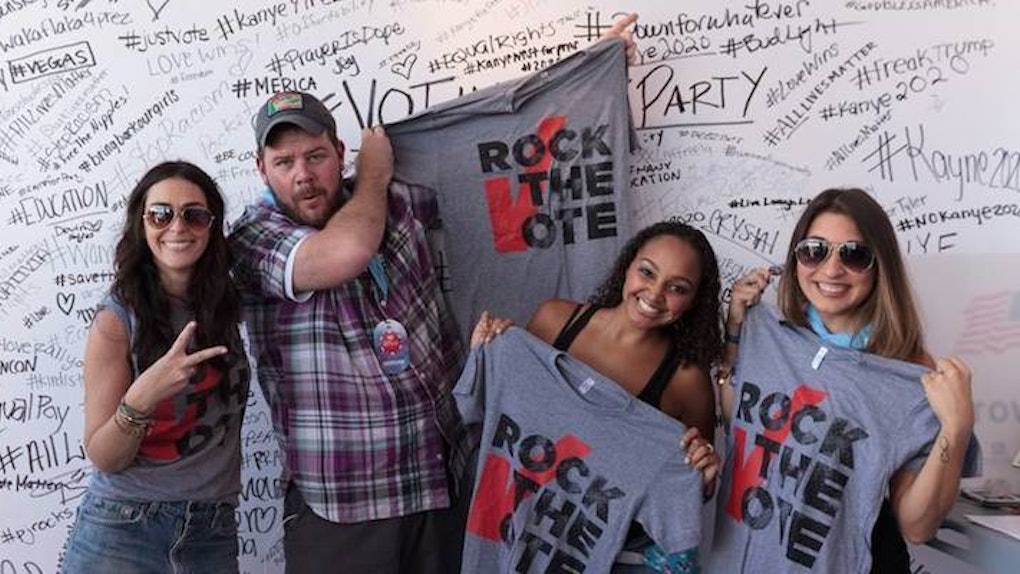 Many people in America, especially those among our generation, have become apathetic about the idea of voting.

Whenever the subject is breeched, you constantly hear commentary like, “What is just one more vote?” or “I don’t care enough about it.”.

Even though it's easy to become indifferent about voting, it’s something none of us should forget to do, especially women. Here’s why:

1. Women have suffered for your right to vote.

Alice Paul, Lucy Burns and hundreds of other suffragettes spent months in jail fighting for women's right to vote. They were force-fed, abused, demeaned and neglected for fighting for your right to cast a vote.

In these prisons, they endured filthy living conditions and sleeping areas infested with rodents. They were deprived of sleep, kept in solitary confinement, humiliated and demeaned. They were even force-fed through their nostrils when they started a peaceful hunger strike to get President Wilson’s attention.

You can see just how much was done to make sure women would not get to vote.

At the time, men were violently opposed to women having a say in how the country was run. As modern Americans, should we let these powerful women’s protests die in vain? Hell no.

We should continue the legacy of these bad bitches and use our vote to create the change we want to see in this country.

Can you even imagine how these women would feel if they knew American women today were near-apathetic about their right to vote?

2. Women in Saudi Arabia have just been granted the right to vote.

Shouldn’t it make you appreciate the fact that as a woman in America, you not only are allowed to vote (and have been for almost 100 years now), but that you are actively encouraged to do so?

On any college campus in the fall, you will see sign after sign and booth after booth asking everyone 18 and over to sign up to vote. We often forget just how amazing it is that we live in a democracy where our vote matters!

Women in Saudi Arabia have many restrictions on their lives we could not even fathom having here in America. This year, right now, is the first time in history where women there are legally allowed to register to vote.

And if you ask any Saudi woman how they feel about that, they could not be more overjoyed. The polls are flooded with women who see their right to vote as a dream come true.

Now, think of yourself and your own reaction to voting. Different, huh?

3. Your vote means your opinion matters.

As adult citizens of the United States, most of us have opinions on the way our country should be run.

We hear and read about these issues. We talk about it with our friends and our family. We debate about it in our classrooms.

Shouldn’t we elect legislatures who share the same values and opinions?

I’m sure many of you have strong opinions on health care policy, gun policy, immigration policy, marijuana legislation, etc. Don’t you want to elect someone who will make sure your country’s laws reflect those of a place you actually want to live in?

If you wish marijuana could be legalized nationwide, guess what? You can VOTE for someone who also wants to see this become a reality.

4. Nine million women failed to vote in the last election.

This is a shocking number of women who just did not show up to the polls.

If this number doesn’t sit well with you, do something about it. All change starts from within. If you don’t go to the voting polls, why would any other woman do it?

The problem with women not voting is the fact that we comprise over 50 percent of the population, so we should, in turn, share 50 percent of the vote. If we are not, then we are allowing our decisions to be made for us.

Imagine how wonderful it would be if, in 20 years, half the people in the government were women?

What if women weren’t the minority in the House or the Senate or the Supreme Court? The laws and the decisions made would probably reflect a woman’s viewpoint a little bit more, don’t you think?

The first step to this becoming a reality is going out and voting for more women! Because, really, how can a country of men and women be run fairly if only men are in power?

5. Make this the election where equal pay becomes a reality!

Women make 78 cents to the male dollar. This is a disturbing fact that still very much exists in our world today.

How can we change this? It’s NOT impossible. Vote for someone who doesn’t want to see this around anymore.

Exercise the rights you have. These are the rights millions of people have FOUGHT for throughout our history. We live in a democracy that hundreds of thousands died to make a reality.

Don’t let these American heroes die in vain. Register, educate yourself and go out and vote!