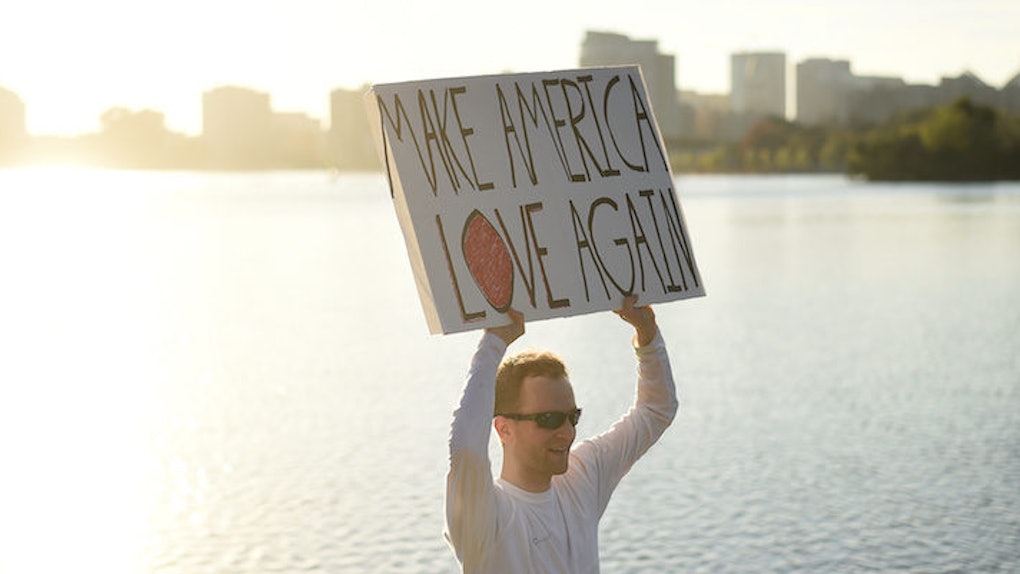 Some Anti-Trump Protesters Didn't Vote Or Even Register

This week, 112 people were arrested in Portland, Oregon. They were protesting the election of Donald Trump.

These protesters were a hundred of the many who took to the streets in the last week. They were mad that Trump had beaten Hillary Clinton with electoral votes.

Protesters use their rights to use their voice and state their displeasure. That's an American value.

Except there's just one big issue:

More than half of these protesters did literally nothing to prevent this from happening.

KGW, a local Portland station, found that of the 112 arrested protesters, at least 70 of them did not vote.

At least 35 of the arrested protesters did not return a ballot for the election. Another 35 or more were not even registered to vote.

Back in January of this year, we told you that if you did not vote, you were not allowed to complain about the results of the election.

If you were eligible to vote, had no barriers to voting, and did not vote, you do not get to complain. You literally had one thing you could do to stop this, and you did not do it.

Yes, it's true that Oregon ended up voting for Clinton without these people's votes. But if you want to complain about the results of a game that affects you, you have to actually participate in that game.

Here is a simple thought exercise for you:

If you are angry Trump has won the presidency, ask yourself, what you did to stop that from happening?

First of all, if you were able to, did you vote? That's the minimum step.

Then, did you have a reasonable conversation with someone who has political opinions different from yours?

Did you encourage your friends to go vote?

Did you participate in politics by volunteering at a phone bank or local campaign office?

If you are angry, think about what you could have done.

Now, you have another opportunity to go do those things.

We have another big election coming up in 2018. Get involved.

Getting politically involved with the 2016 election is cool, but you know what would've been a hell of a lot better? If you had gotten involved before the election was over and done with.

The things that you want to happen don't happen just because you want them to.

You have to do something.

At the bare minimum, you have to fucking vote.