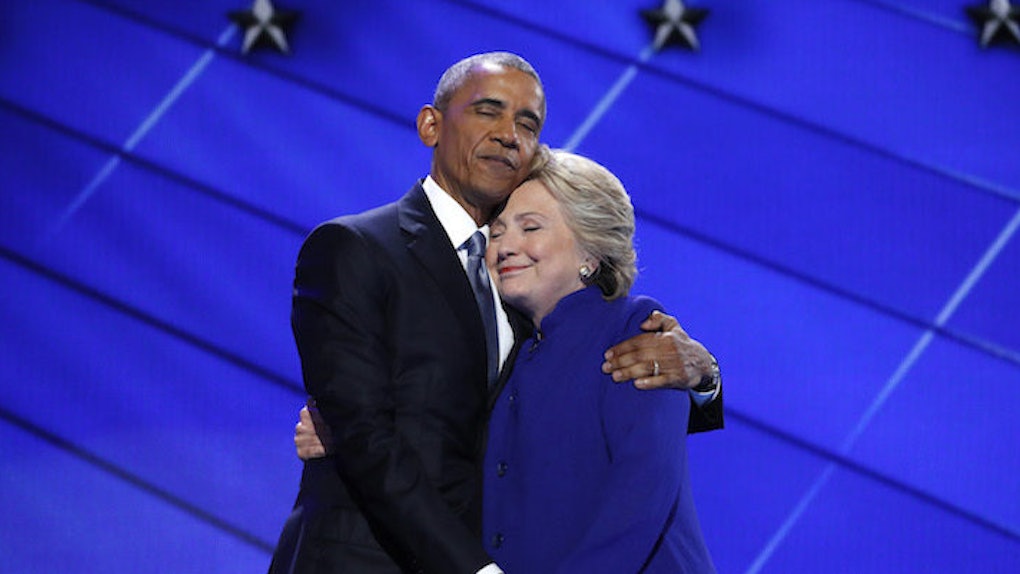 So, he fired off a tweet that intended to tell voters to not send their support to Hillary Clinton in the presidential election next week.

Walker's tweet used an argument that many Republicans have been making. They're saying Clinton is nothing more than a Barack Obama clone.

So, if you don't like Obama or the things that have happened to America over the past eight years, don't vote for Clinton.

Walker's tweet did not have the effect he was hoping for.

First of all, he used a ridiculously adorable picture of Obama and Clinton. Seriously, they look so freaking cute, politics suddenly seems sweet and adorable.

Second of all, his phrasing was all wrong.

Any editor would have told him the phrase had the opposite connotation of what he meant to say. When you say "If you like," it makes people who do like that thing perk up and say, "Yes, then what?"

He should have made it something like, "If you don't like the past 8 years, vote @RealDonaldTrump." Then, his message would've appealed to the disgruntled voters who make up a large chunk of the Trump voter base.

Because here's the issue: Quite a lot of people do like Obama and the past eight years.

Great work, Scott! Keep it up.

Just a reminder to the Republican party, who have had more messaging problems: The election is on November 8... not the 28.