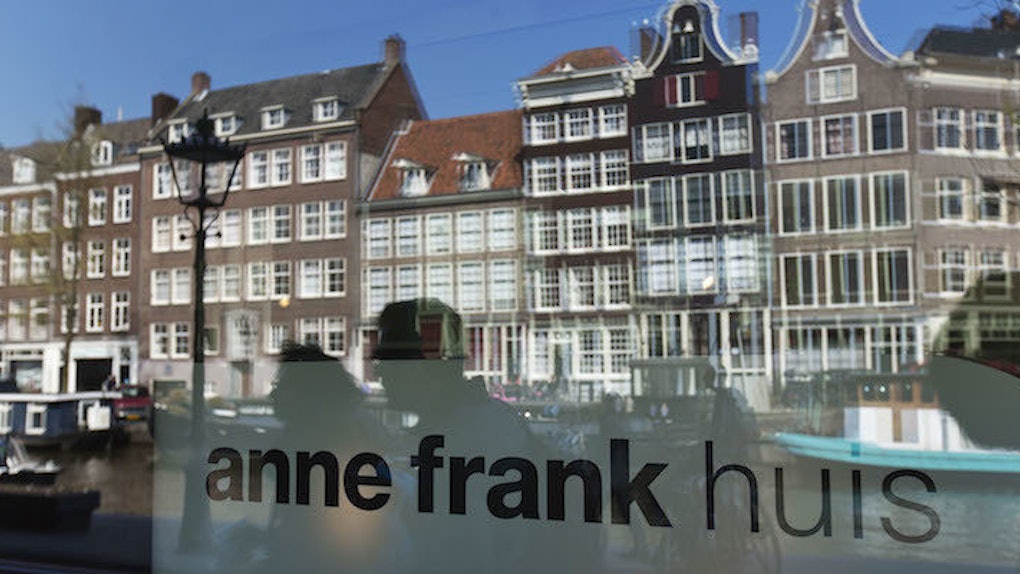 Anne Frank's Story May Have Ended Differently Than We Thought

Anne Frank is one of the most beloved figures of the 20th century.

In spite of the horrors she faced, Frank offered the world an eloquent and optimistic viewpoint on life.

She was a 13-year-old girl who fell victim to one of the most abhorrent events in human history but somehow developed one of the most hopeful outlooks perhaps ever recorded in literature.

In spite of everything I still believe that people are really good at heart.

Frank, whose diary entries continue to offer the world a glimpse into the terrible predicament many Jews found themselves in during the Holocaust, will forever remain one of the most inspirational figures in history.

Anne Frank, her family and others were hidden in secret rooms in Amsterdam until 1944, when they were mysteriously discovered.

Subsequently, seven of the eight people Anne Frank was hiding with were killed among the millions of other people who perished as a result of the Holocaust.

Anne Frank died of typhus at age 15 at Bergen-Belsen camp in Germany.

The only person who survived was Otto Frank, Anne's father.

For a long time, most people assumed they were betrayed. Historians have debated over this for over seven decades.

New evidence, however, suggests their discovery was purely coincidental, and the investigators who found them were looking into another matter, the Washington Post reports.

The reseachers found the German “Sicherheitsdienst” police who ultimately uncovered the family's hiding place typically looked into cases involving cash and securities, but not Jews.

Apparently, they were investigating reports of fraudulent food-ration cards and illegal employment occurring where Frank and her family were hiding, when they accidentally happened upon them.

By the end of the Holocaust, the Nazi regime systematically murdered approximately 6 million Jews, as well as millions of others.

The Nazis deliberately attempted to wipe an entire group of people off the face of the earth.

Fortunately, they weren't successful, but the memory of those who lost must never be forgotten.