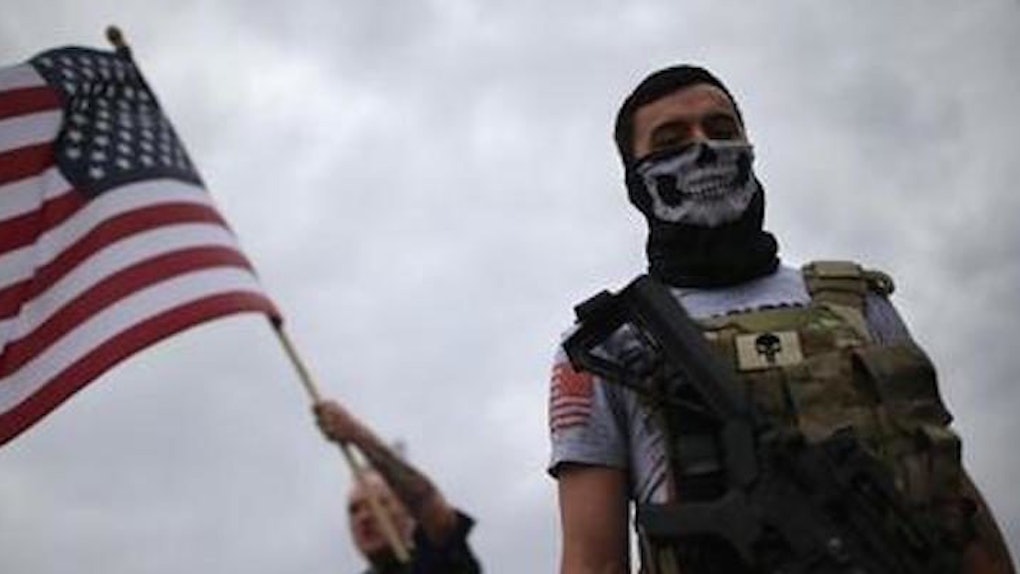 There Are A Lot Of Angry White People In America, And It’s A Problem

White people, particularly men, are by far the most privileged group in the US in essentially every capacity.

Historically and presently, no other demographic in America has enjoyed such consistency in terms of rights and opportunities.

Across the board, white Americans are generally treated with more respect, trust and dignity than minorities.

As the New York Times put it,

What does white privilege mean today? In part, it means to live in the world while being given the benefit of the doubt.

White privilege does not guarantee every white American will become exorbitantly wealthy or wildly successful.

It's the notion white people enjoy greater freedom of mobility across the social, political and economic landscape of the US. And there is ample evidence to support this assertion.

Not to mention, black children in the US are nearly four times as likely as white children to live in poverty.

This is why it's somewhat baffling a new poll, entitled "American Rage," reveals whites are the angriest group in the US.

The online poll was conducted by NBC/Survey Monkey/Esquire between Nov. 20-24 and surveyed 3,257 adults.

Around half of all Americans (49 percent) said they feel angrier about current events than they did a year ago.

Whites make up the most enraged cohort of Americans, with 54 percent saying their anger escalated over the course of the year. Comparatively, 43 percent of Hispanics and 33 percent of African-Americans expressed similar sentiments.

Moreover, around 73 percent of whites say they get angry once daily, compared to 56 percent of blacks and 66 percent of Hispanics.

There were many interesting findings in this poll, but the racial disparities are perhaps the most telling in terms of the current state of America. As the editors of Esquire wrote,

Indeed, despite having what many would consider a more legitimate case for feeling angry, black Americans are generally less angry than whites. Though they take great issue with the way they are treated by both society in general and the police in particular, blacks are also more likely than whites to believe that the American dream is alive; that America is still the most powerful country in the world… Their optimism in the face of adversity suggests that hope, whatever its other virtues, remains a potent antidote to anger.

In other words, the group with the least number of reasons to feel aggrieved is somehow the most enraged in American society.

But where is this white rage coming from?

One might say it's a product of a culture of entitlement and an attachment to a mythicized version of US that never truly existed.

It seems many whites feel victimized, as if they are now being treated as a minority while still constituting a clear majority (roughly 62 percent of the population).

In many ways, we are seeing these sentiments arise via the presidential campaign of Donald Trump and his slogan, "Make America Great Again."

Trump supporters seem to desire a homogenous America and are apparently averse to the idea of increased diversity.

This explains their support for mass deportations and banning Muslim immigration to the US.

What this all arguably reveals is many white Americans are uncomfortable with any perceived challenges to white supremacy.

It's no coincidence the number of white supremacist and antigovernment groups increased drastically across the US following the election of President Barack Obama -- America's first black president.

While the number of these groups has declined slightly over the past year or so, there are still 784 active hate groups in the US, according to the Southern Poverty Law Center.

And while conversations surrounding terrorism are almost always centered around jihadism and associated groups -- ISIS, al-Qaeda etc -- right-wing extremism has claimed more American lives on US soil than jihadism since 9/11.

The growing anger of whites in America is having real consequences -- sometimes even fatal. But it appears many people are oblivious to this fact and choose instead to fear entities that have an extremely limited impact on their lives.

Terrorism is not the greatest existential threat to the US -- it's far from it. In terms of the danger it does pose to American lives, right-wing extremism is the greatest threat, not jihadism.

Correspondingly, we're currently witnessing yet another manifestation of this white rage at a federal wildlife reserve in Burns, Oregon.

A group of armed white extremists have occupied the reserve and are demanding the federal government relinquish control and turn the land over to local ranchers, loggers and miners.

The leaders of the group, the sons of Cliven Bundy, the notorious Nevada rancher, say they don't want to use violence but are willing to use lethal force if challenged by law enforcement.

I talked to Ryan Bundy on the phone again. He said they're willing to kill and be killed if necessary. #OregonUnderAttack — Ian Kullgren (@IanKullgren) January 3, 2016

When the group began its occupation of the federal wildlife reserve on Saturday, no major media outlets covered it. A group of armed antigovernment extremists had seized government property, but apparently this didn't warrant attention.

There's an evident double-standard in terms of how the media covers issues of race and religion.

Can we please get 1 Muslim to join the right-wing terrorist militia in Oregon so our media can cover it? — John Fugelsang (@JohnFugelsang) January 3, 2016

Incidents that might be characterized as terrorism (for example, anything involving Muslim suspects), tend to receive 24-hour coverage.

The mainstream media also seems to feel the need to ask the world's 1.6 billion Muslims to collectively apologize for incidents involving jihadists.

Why aren't they asking white people to do the same in regard to these extremists in Oregon, or following the Charleston shooting for that matter?

This double standard extends to coverage of Black Lives Matter protests, where some major outlets have focused on instances of rioting and looting instead of the overwhelmingly peaceful nature of this movement (or the issues and valid grievances that fostered it).

The mainstream media also helped fuel the idea the Black Lives Matter movement catalyzes violence against cops, yet 2015 proved to be one of the safest years for police in recent decades.

Meanwhile, right-wing extremism remains a very real problem, and now it's seeping into the 2016 presidential race via Donald Trump.

As a nation, we can either confront the white rage plaguing our society or we can continue to ignore its palpable consequences.