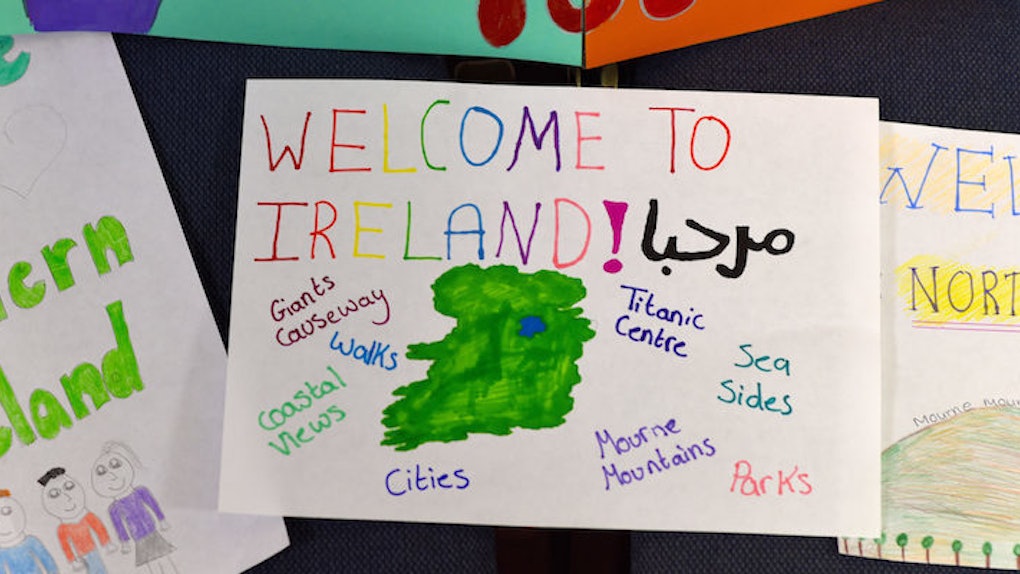 So, what’s really up with this refugee crisis, and why are Syrians fleeing? Throughout the course of history, there have been hundreds of civil wars and mass turmoil in countries all around the world. What makes the Syrian issue any different?

Since its start in 2011, the war has accumulated hundreds of thousands of deaths, the majority being civilian, and nearly 15,000 being children. The country is losing its next generation. As children continue to die, the country’s future is disappearing.

They are fleeing because the nation is absolutely uninhabitable. The infrastructure (including education, health care, agriculture, industry, etc.) has fallen apart. Housing does not exist. Thousands are being brutally wounded every day, and the children who manage to survive are being forced into armed slavery.

These people are seeking nothing more than a roof, four walls and clean water. Their basic needs and rights have been completely stripped from them, and the only hope they have at survival is away from the borders of the nation they once called home.

There is a recorded total of 4.8 million Syrian refugees. So, where are they going? According to the United Nations High Commissioner of Refugees, the December 2015 refugee dispersal is as follows:

Furthermore, the European Union member countries have pledged to allow another 33,000 into their nations, and 28,500 were pledged by Germany. These refugees have registered as refugees with the governments of these nations, which means that these countries are welcoming them in as soon as they cross the borders. Over 86 percent of refugees are being welcomed by nations that are still considered developing or underdeveloped.

Their resources barely sustain their own populations, and yet, they are letting in their neighbors with open arms. Turkey, Lebanon, Egypt, Jordan and Iraq have a combined GDP (gross domestic product) of approximately $1.4 trillion, while the United States alone is sitting on a GDP of about $17 trillion.

How many refugees have we brought in? Since 2012, we have allowed a whopping 2,174 refugees into our country.

Hold up. So, you’re saying that one of the most developed, most prosperous and wealthiest nation in the world has let in only 2,174 of all Syrian refugees? Yeah, that’s exactly what I’m saying. Slow clap for America, everyone.

Even Greece, the country notorious for being basically economically nonexistent, has allowed in more than we have. It’s honestly nothing short of embarrassing. We constantly go on and on about where we would move if Trump becomes president, unhesitatingly assuming that we can go anywhere in the world because we are American.

Yet, while we flaunt our privilege around like it’s really no big deal, we preach that refugees who are dying, starving and being brutally stripped of their livelihood cannot step foot onto our soil because they will harm our nation. What makes Americans so much better than the rest of the world? Nothing.

We are all human beings, and we all have living souls and bodies. Apparently, some of our politicians are lacking in the soul category, since they appear to have zero compassion for the humans who seek nothing but refuge within our borders.

So, what are we afraid of? Terrorism? Extremists? Refugees taking our jobs?

It’s really just your basic fear-based propaganda — coming out of the mouths of people like Trump — that so much of the American population is feeding on. Last time I checked, an individual’s need for clean water and sanitary hospitals does not equate to plans of wreaking terror and havoc. Also, most of these refugees are fleeing from ISIS, so there's an incredibly slim chance that they will come to the US in support of this terrorist group.

I know we think we’re the best in the world, but let's take a moment and learn from other countries. Let us not only pledge to let in more refugees, but let us also revise our refugee application process, since it takes 18 months to two years to complete.

The European Union’s application process for asylum takes six to a maximum of 21 months. Though countries in the EU are split on how to assist refugees, many of them offer those seeking asylum access to the job market, health care, the education system and various welfare programs during that time. This initiative demonstrates a level of compassion that isn't mirrored in the US.

Let us not forget the ideals our nation was founded upon. Let us remember how much we have. We should share some of our privilege with these refugees who have been left with nothing.