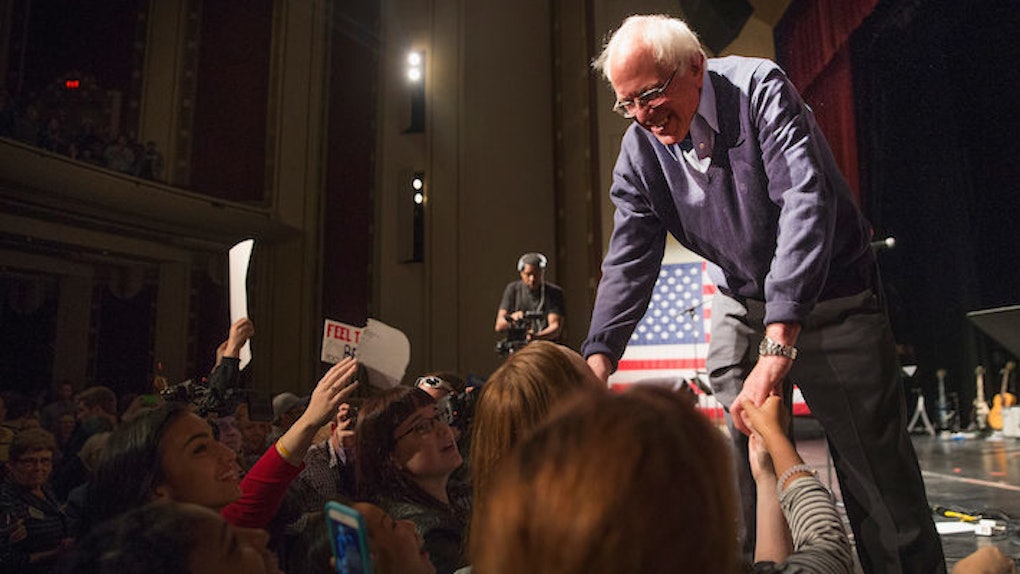 Student debt is a $1.2 trillion pain in the ass for many Americans, and with the cost of tuition rising, many college students are wondering if their education is really worth the price tag.

As the 2016 presidential election heats up, young voters need to ask themselves: Which candidate is really for college students? Which candidate will make sure that education is affordable to all and that student debt won't burden the future of so many young Americans?

It's important to assess each candidate's views to figure out which one will encourage the government to support your education, instead of profiting from it.

After all, the decisions a president makes during a four-year term can impact you beyond your college years and well into your career.

WayUp has put together this short guide on the 2016 presidential candidates in the running so far.

Take a look, research each candidate on your own and then make your own decision on who will be the best candidate for your future.

For the purposes of this article, we will outline the two frontrunners' for the Democratic and Republican parties.

Clinton may have raised eyebrows when she tweeted an unpaid internship for campaign interns back in August, but a big part of her platform is geared toward relieving the financial burden for students.

Clinton's “New College Compact,” a plan that will cost $350 billion over the next 10 years, is said to achieve two primary goals: to remove cost as a barrier to a great education and to ensure debt doesn't hold anyone back.

The first goal, removing the cost of college, will be accomplished by encouraging the state and federal government to step up and absorb tuition fees.

States who accept Clinton's proposal for “no-loan tuition for four-year colleges and universities” will be rewarded grants from the federal government. Clinton also plans on upholding Obama's legacy by continuing the free tuition plan at community colleges.

The second goal, relieving student debt, will be accomplished by allowing students to refinance their loans at lower interest rates. Students struggling with student debt will also never have to pay more than 10 percent of their income when paying back student loans.

When I say college, you say free.

Bernie Sanders' “College for All Act” aims to make all public colleges and university completely free for students. While many are skeptical that this is nothing more than a utopian idea, Bernie argues that countries with far less wealth than the US like France, Germany and Brazil, offer free or low-cost tuition.

Under Sanders' plan, the federal government would pay 67 percent of the cost each year, while state governments would stomach the remaining 33 percent.

Though known for his bold, controversial statements, Trump stands with many other candidates in his views on student loans.

In an interview with The Hill, he said, “That's probably one of the only things the government shouldn't make money off.”

While he hasn't laid out any specific plan to tackle the cost of student tuition or student loan debt, his comment seems to weigh in favor of relieving college students of this financial burden.

Ted Cruz may identify with the plight of college graduates, having just paid off his $100k student loan bill, but he also voted against Senator Warren's Student Emergency Loan Refinancing Act, which would have allowed students to refinance their loans to interest rates lower than 4 percent.

Let's hope that it was simply due to holes in Warren's plan — not Cruz's sentiments towards resolving college student debt — that led to his decision.

Which one of these candidates stands for college students? That's up to you to decide. Keep reading, researching and following the campaigns of each leading candidate.

Then when the time comes, get out there and make your most educated vote.

This article was originally published by Way Up, and written by Kema Christian-Taylor.