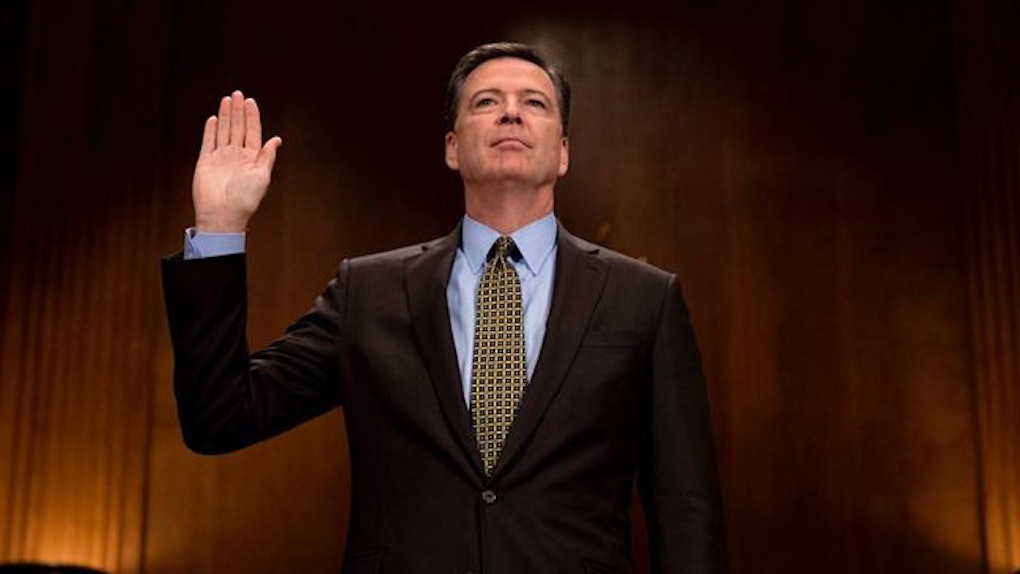 Memes About Comey Testifying Against Trump

As these words are being typed, former FBI director James Comey is testifying before members of Congress.

The expectation is that Comey will discuss President Donald Trump's conduct in relation to the subject of Russian interference in the presidential election.

In other words, it's a very serious matter.

Naturally, people on Twitter are making a total joke of it.

While most of the political world was anticipating the actual moment Comey would walk into to speak in front of the Senate Intelligence Committee, Twitter had fun meme-ing the scenario instead.

Consider the "Comey walking in like" memes the official appetizer to the testimony.

Of course, no list of hilarious entrances would be complete with wrestlers.

And it's obvious why these jokes exist, right?

A big reason why Comey is even testifying before Congress is because he kept records of his conversations with President Trump. During one of those conversations, Trump tried to influence the FBI's investigation of possible ties between the president's campaign and Russian influence in the election, a memo of Comey's claims.

In other words, Comey has receipts, lots of 'em.

The most specific charge raised by Comey's documentation of his conversations with Trump is that the president actively sought to bring about an end to the FBI's investigation of former National Security Advisor Gen. Mike Flynn.

It's one party's word against another's. So, yes, this testimony is a pretty big deal.

It just so happens that it also makes for great memes.