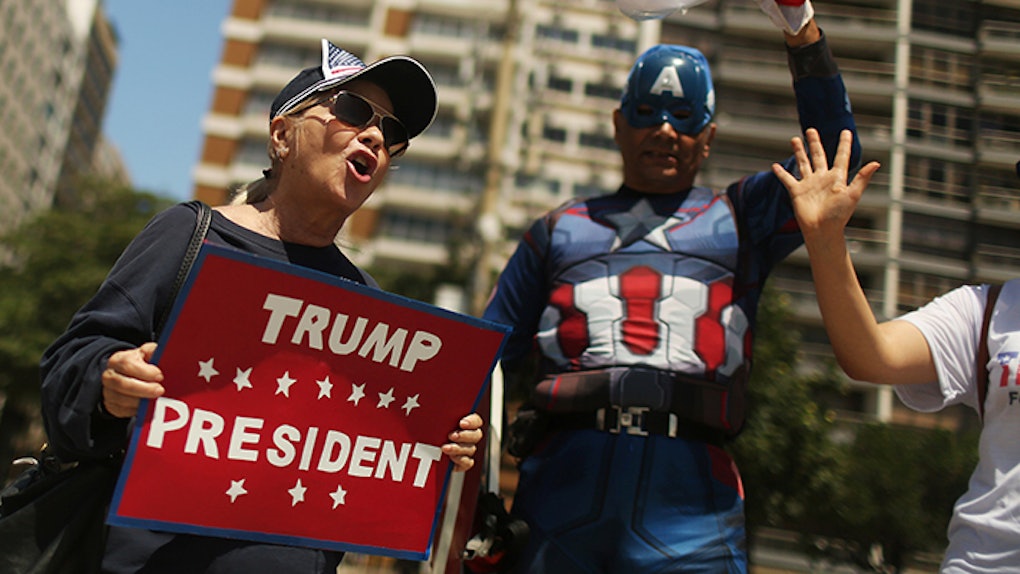 As Donald Trump prepares to go from president-elect to president, you can be sure lots of people who like and admire our next commander-in-chief are filling the streets of Washington DC as we speak.

As for why, exactly, voters find Trump likable and admirable, is a question that reporter Daniel Dale sought to answer.

In a story for the Toronto Star, Dale featured 13 Trump supporters explaining what they like most, and least, about the 45th President of the United States.

Dale also shared the answers on Twitter, and while some of the responses were unsurprising, others were a bit more interesting.

For example, we already know that Trump voters like his tough talk, the fact that he tells it "like it is," and his stances on immigration and trade, so these answers weren't exactly eye-opening.

But then there were some answers that were truly head-scratching.

For example, there have been whole stories written about how Donald Trump doesn't make apologies -- and how not doing so actually helps him -- which makes this supporter's answer strange.

And even for politicians' standards, there are so many times Trump has gone out of his way to lie, even about unnecessary things, that hearing people cite his "honesty" as the president's most likable trait is a bit rich.

Then there are some answers that are, I think it's fair to say, downright delusional, like the idea that "Muslims own media."

Or the idea that the Donald J. Trump is some religious role model.

Come on guys, let's not get ridiculous.

Anyway, regardless of who voted for him or not, and what everyone dislikes or likes about the president, he's exactly that now: the president.