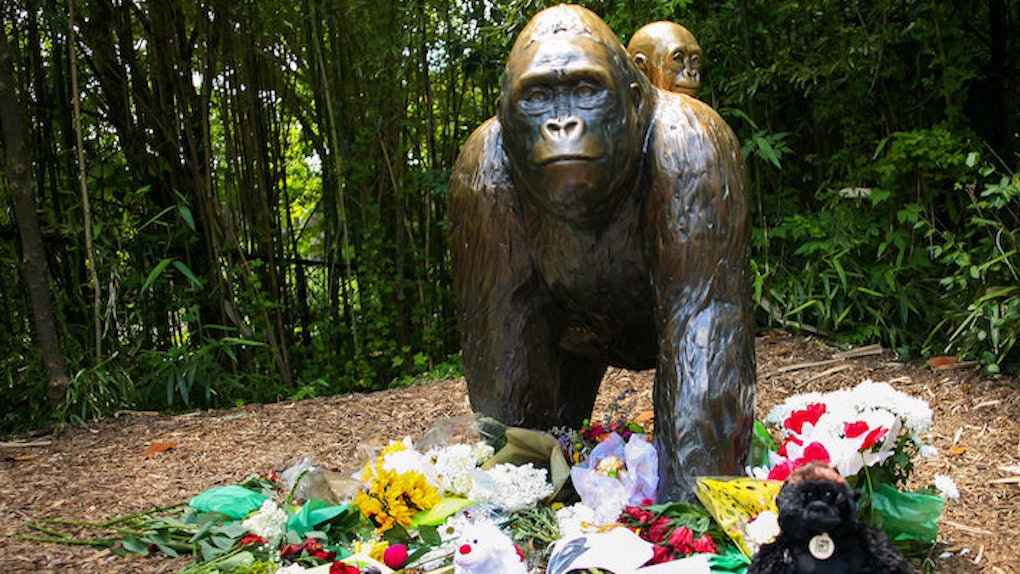 Police Are Now Investigating The Family Involved In The Gorilla Incident

As if it wasn't facing enough harassment already, the family of the 4-year-old boy who fell into the gorilla enclosure at the Cincinnati Zoo and Botanical Garden on Saturday is now under police investigation.

CNN reports Cincinnati police said on Tuesday the investigation was "only regarding the actions of the parents/family that led up to the incident and not related to the operation or safety of the Cincinnati Zoo."

Police spokesperson Tiffaney Hardy said the police would determine whether or not charges should be brought against the family.

A video of the event shows the 17-year-old, 450-pound gorilla named Harambe dragging the 4-year-old toddler across the moat he fell into. After about a 10-minute encounter, the gorilla was shot and killed by zoo officials in order to save the child's life.

The boy was hospitalized with injuries, but has since returned home and is doing well, according to his family.

Since the incident, the family's faced an overwhelming amount of hatred and backlash, with many animal rights activists claiming Harambe's death was the boy's mother's fault due to her negligence.

Some online activists claim the child's mother should be held criminally responsible for the gorilla's death.

This beautiful gorilla lost his life because the boy's parents did not keep a closer watch on the child.

The Cincinnati Zoo also came under scrutiny from critics, and the Association of Zoos and Aquariums announced it would be investigating the incident.