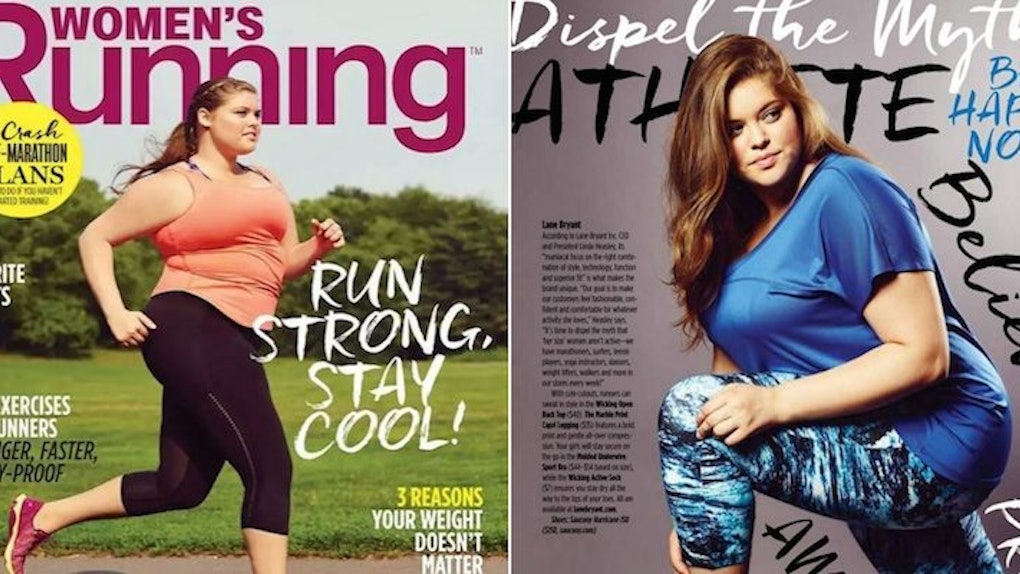 Plus-Size Model Smashes Stereotypes On The Cover Of Running Magazine

Women's Running magazine is on a mission to destigmatize running as a thin person's sport.

When people hear the word "runner," they often think of human beings with slender bodies donning form-fitting clothes and running in packs with other people who look like the cast of “America's Next Top Model.”

That is exactly why August's issue of Women's Running magazine features plus-size model Erica Schenk on the front cover.

Schenk's cover is empowering, and it also gives a more accurate look at the people who define themselves as runners.

Our decision to put Erica on the cover was an easy one. We realized, 'Wow, we think we're the only running magazine or women's fitness magazine for that matter to feature a woman with curves on the cover. That's crazy!' It shows how far the media world has to go in terms of inclusiveness and we're excited to be a small part of that movement.

The issue came out on July 21.

It's important to remember that runners come in all sizes — and healthy does too. You look fast when you're striding down the street at top speed. You look fit when you're holding a plank with perfect form. You look healthy when you're making the best decisions for your mind, body and spirit.