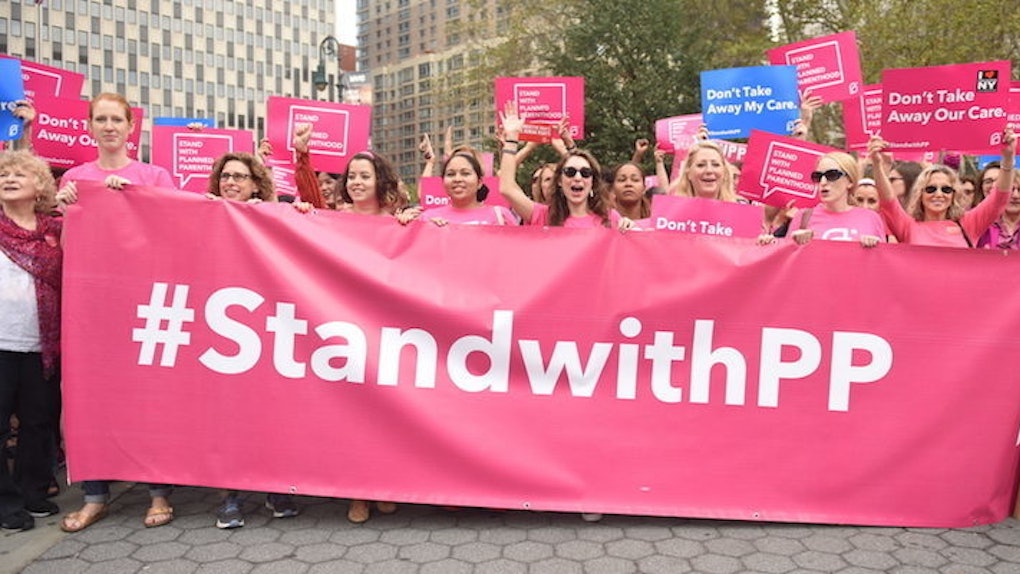 Defunding Planned Parenthood Has The Potential To Hurt All Millennials

After 61 attempts at repealing the Affordable Care Act, the House recently presented its first legislation to the president’s desk.

In addition to repealing the health law, the legislation strips all funding for Planned Parenthood.

[N]ext year, if we’re sending this bill to a Republican president, it will get signed into law. Obamacare will be gone.

Evolving from the United States’ first birth clinic in Brooklyn, NY, in 1921, Planned Parenthood has become the most important women’s health organization in the country.

In 2013, Planned Parenthood clinics cared for 2.7 million patients, with 79 percent having incomes at or below 150 percent of the federal poverty line.

The most controversial of its services, abortion (3 percent of Planned Parenthood’s total services) is often cited as a reason for the defunding.

However, following the cascade of legislation from Roe v. Wade, the Hyde Amendment — initially established in 1976 — strictly prohibits the use of federal funding for abortions (unless the pregnancy is caused by incest or rape, or threatens the life of the mother).

Thus, this objection should be left as a non-issue.

What does Planned Parenthood offer? How often are these services used?*

So, why should Millennials care?

Let’s face it: Many Millennials are financially struggling.

The US Census Bureau finds that one in five Millennials live in poverty, up from one in seven in the 1980s.

According to the Department of Labor and EPI (Economic Policy Institute) reports, over 35 percent of Millennials are unemployed, and 18.3 percent of recent college graduates are underemployed (up from 9.9 percent in 2007).

Taking all this into account, healthcare is usually the last of our priorities when pay day comes around.

After rent, food and loans, there is a paltry amount left for other spending.

In fact, a 2015 study by PNC Healthcare found that 54 percent of Millennials forgo or delay medical care and treatment because of the costs (compared to 37 percent of the Baby Boomers).

Further compounding these values, women earn an average of $.79 for every dollar earned by their male counterparts.

Let’s add some medical expertise into the discussion.

The CDC estimates that there are 19.7 million new cases of STIs in the US yearly, with a total prevalence of over 110 million.

This directly costs us $15.6 billion per annum.

Additionally, one in two sexually active individuals will contract an STI by age 25.

However, a survey of American physicians found that less than a third of patients routinely screen for STIs.

These are only the ones who show up to doctor’s appointments.

Remember the over 50 percent of Millennials who don’t?

The National Cancer Institute has found the five-year survival of patients suffering from localized cervical cancer has jumped to 91.5 percent.

This jump has been largely attributed to increased, earlier screening and thus, treatment.

Prenatal care for expectant mothers is undoubtedly essential for the well-being of the child and mother.

Planned Parenthood offers regular checkups, screenings for the baby and mother, ultrasounds, amnios or genetic testing and, most importantly, counseling.

Studies note an increase of 40 percent in neonatal death from mothers without prenatal care.

Without these services, unplanned births and abortion rates would have been 66 percent higher.

So, at the end of the day, being pro-life or pro-choice shouldn’t matter.

Planned Parenthood is undoubtedly at the vanguard of promoting women’s health.

As Millennials, we have a responsibility toward our future and our health.

Let’s not let politics get in the way of that.