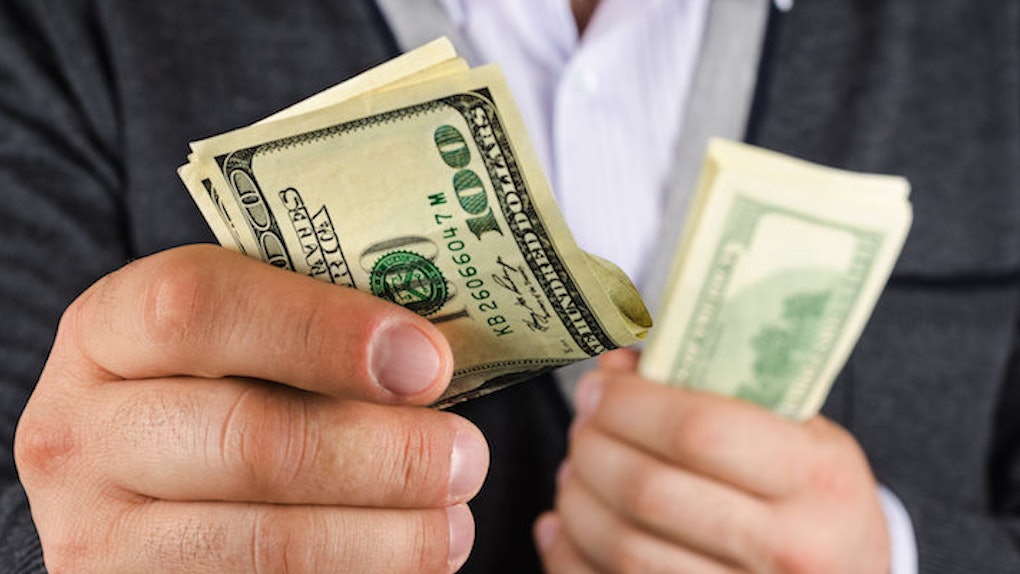 Dennis Hof and the Moonlite Bunny Ranch brothel are fighting student debt one *party* at a time.

Ask any college or high school student about the concept of college debt and you'll probably hear a diverse range of four-letter words and euphemisms about doing nasty stuff to Fannie Mae, which we all agree is a total bitch.

More and more high school graduates are being forced to decide their futures not by their hopes and goals, but rather through the reality of the eventual financial burden each endeavor leads to.

The owner of the brothel, which you may remember from that HBO show years ago you heard about but didn't watch unless your uncle had a cable scrambler box, is doing more to fix this problem than most politicians.

Dennis Hof, who employs over 500 women through several legal brothels he owns in Nevada, said around 18 percent of the women on his payroll are in student debt and trying to find a way out. He added he sees more women than ever using legal prostitution as a way to get through school.

Hof hopes to combat this epidemic by vowing to match loan payments his employees make.

The results of this program have been incredible.

Through this payment matching system, Hof was able to help several workers at his establishments pay off debts and make sizeable amounts of cash in the process.

Krissy Summers, who began dating Hof after joining the ranch, said she was $40,000 in debt from loans she accrued while attending the University of Michigan. Hof claimed, thanks to his program, Summers was free of debt within an incredibly impressive 60 days.

Summers isn't the only ranch-mate to take advantage of Hof's commitment.

A woman known as Caressa Kisses said she left the ranch nine years ago to study at the High-Tech Institute, a for-profit school in Las Vegas, to become a surgical technician. After not finding employment in the field, her student loan debt snowballed into a crippling $32,000.

In 2012, Kisses made the decision to go back to work at the Moonlite Bunny Ranch in order to make some money to pay down her loans. She said she was able to pay off what she owed three months ago, thanks to Hof's payment matching plan and the fact she can make $30,000 a month.

I am so grateful that I [paid my debts]. Dennis and the Ranch were my absolute saviors. I had no quality of life.

Taylor Lee, who is a newer member to Moonlite, hopes to be in Caressa's financial situation soon.

She came to the ranch with $33,000 in student loan debt from a Kentucky community college. Lee claimed she's made $15,000 and makes her payments every week.

Hof wants every one of his workers to take advantage of the money, which comes from the 50 percent cut he takes when women take clients, he said.