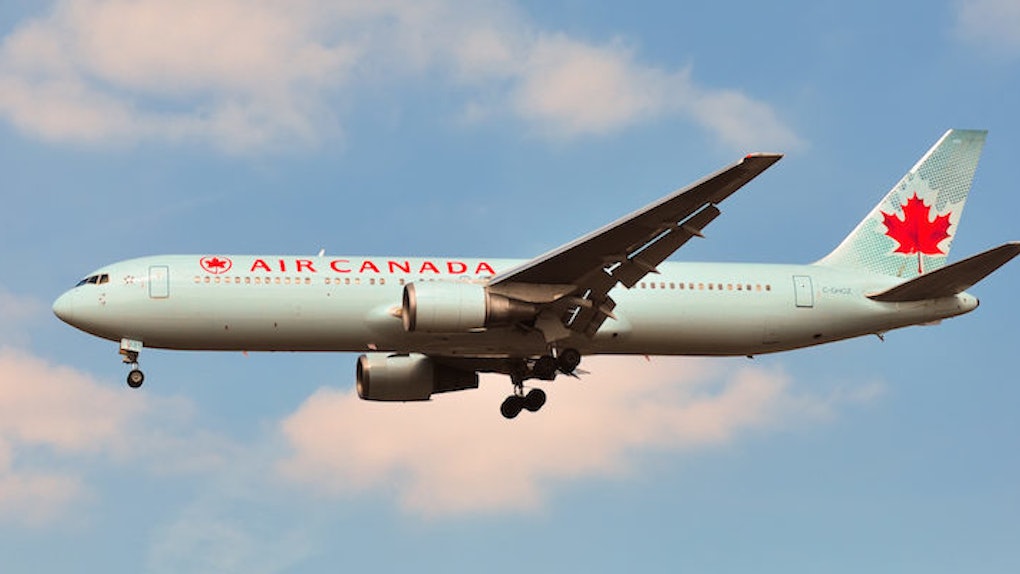 An Air Canada pilot was midway through a transatlantic when the heating system in the jet's cargo deck failed.

Thinking on his feet, the unnamed pilot quickly diverted the packed Boeing 787 Dreamliner and made an emergency landing at Germany's Frankfurt International Airport. Though his decision cost the airline approximately $10,000 and halted the travel plans of some 300 passengers, the pilot has since emerged as an international hero: His quick thinking saved an animal's life.

Simba, a 7-year-old French bulldog, was traveling with his owner, German Kontrovich, from Tel Aviv to Toronto. The lone animal on the 12-hour flight, Simba was seated in the cargo hold, a storage area in the belly of the plane. When the heating system failed, the flight's crew became worried: At an altitude of 38,000 feet, it was unlikely the dog would survive the atmosphere's sub-zero temperatures if the flight continued on as scheduled.

As soon as the crew became aware of the temperature issue, the captain grew rightfully concerned for the dog's comfort and well-being. With the altitude it can become very uncomfortable, and possibly the situation could have been life-threatening if the flight had continued.

Though the pilot knew making an emergency landing would cost the airline thousands of dollars and delay hundreds of passengers, he was far more concerned about the black-and-white pup's safety.

So he followed his gut and grounded the plane.

Happily, the majority of the passengers applauded his decision and were able to continue on with their travels a little over an hour later. Most importantly, Simba avoided almost certain death.

To the pilot, on behalf of animal lovers and pet owners everywhere: Thank you!

Citations: Canadian pilot diverts packed passenger jet to save the life of a dog in the hold after the cargo heating system broke at 38 000ft (Daily Mail), Air Canada Pilot Diverts International Flight To Save Dog (City News)