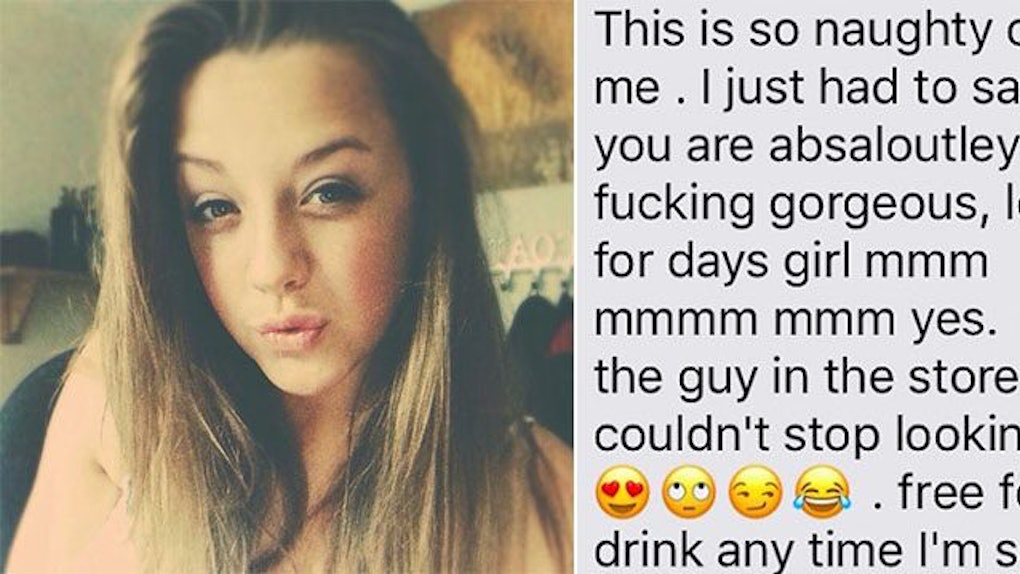 When you go to a phone store to get an upgrade, the last thing you expect is for a store employee to track down your number and harass you.

But that's exactly what happened to high school student Tara Waterfield, who received a seriously creepy message from a worker who “wouldn't stop staring” at her in the store.

In the text, the guy told Tara she was “absolutely fucking gorgeous” and, disturbingly, wrote, “mmm mmmm mmm yes.”

It's believed the worker at the Three store in Plymouth, England, got her number from the store's database.

This is so naughty of me. I just had to say you are absolutely fucking gorgeous, legs for days girl mmm mmmm mmm yes. From the guy in the store who couldn't stop looking. Free for a drink any time I'm so already at the bar waiting for you!

He also has no game whatsoever, and don't get me started on that offensive combination of emojis, which has absolutely no right to exist in any universe.

Tara, who was 17 at the time, told the Plymouth Herald she was worried he might turn up at her house.

Every time I looked around he was staring and smiling at me. At first I smiled back just to be friendly but after a while it was getting creepy.

After leaving the store, she went to a coffee shop with a friend.

Ironically, she was telling the friend about how much of a massive weirdo the dude was when her phone went off.

Her dad, Brian, complained to the company, who apologized, offered the family compensation and launched an investigation.

A spokesperson for Three said the employee has been suspended.