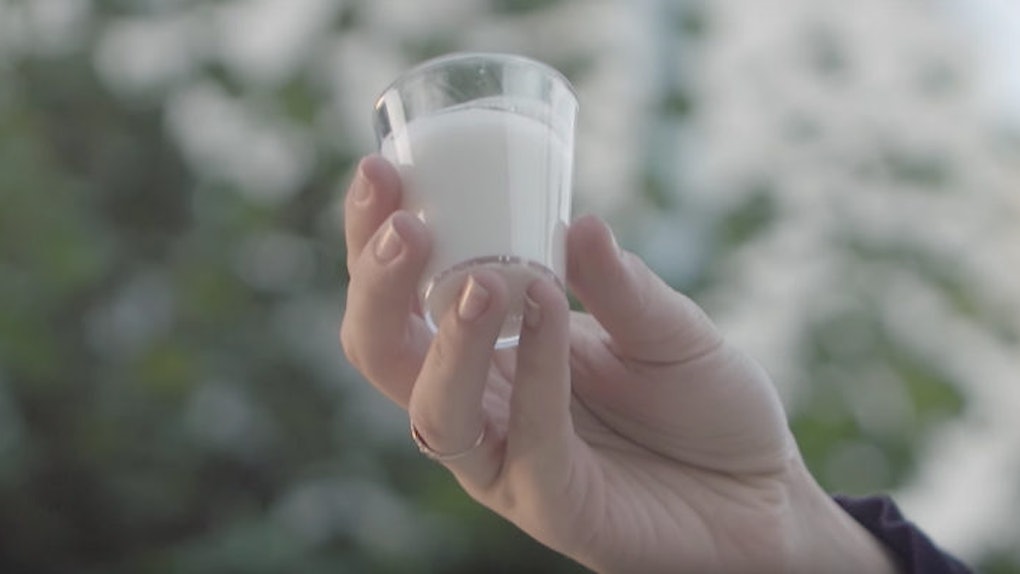 Honestly, why are these people even mad? It's just dog's milk -- and apparently, it tasted pretty good.

To be honest, dog's milk sounds pretty delicious. Before these taste-testers were let in on the secret that it was not regular cow's milk, they were all about this "new" milk.

OK, I GUESS DOG IS WHERE YOU DRAW THE LINE. DULY NOTED.

Never mind that these are proud and noble animals.

People in London were disgusted when they were told they were drinking dog's milk instead of cow's milk for PETA's new animal rights campaign.

Obviously, this was to open conversation about why we continue to drink cow's milk, but really it just made me wonder what other animals' milk tastes like.

One woman was so upset that she spit on the sidewalk and told the PETA worker, "Shame!" But there's truly no excuse for spitting -- especially after a free sample. How rude.

The film ends with this statement:

Dog's milk. Cat's milk. Rat's milk. Cow's milk. We're the only animal to drink another species' milk. Isn't it all a bit gross?

PETA didn't actually give these people dog's milk, it was really soy milk.

This makes me wonder -- has anyone ever thought of the welfare of soy beans? Probably not.

While we know PETA is trying to make a point with this campaign, we can't help but think this is a really solid prank.

Would it be bad if we tried to do this with our family this Thanksgiving? I particularly think someone in my family would have a fit -- so it wouldn't be any different than any other year.

This time, it's because of something I did on purpose and not because I'm a disappointment.