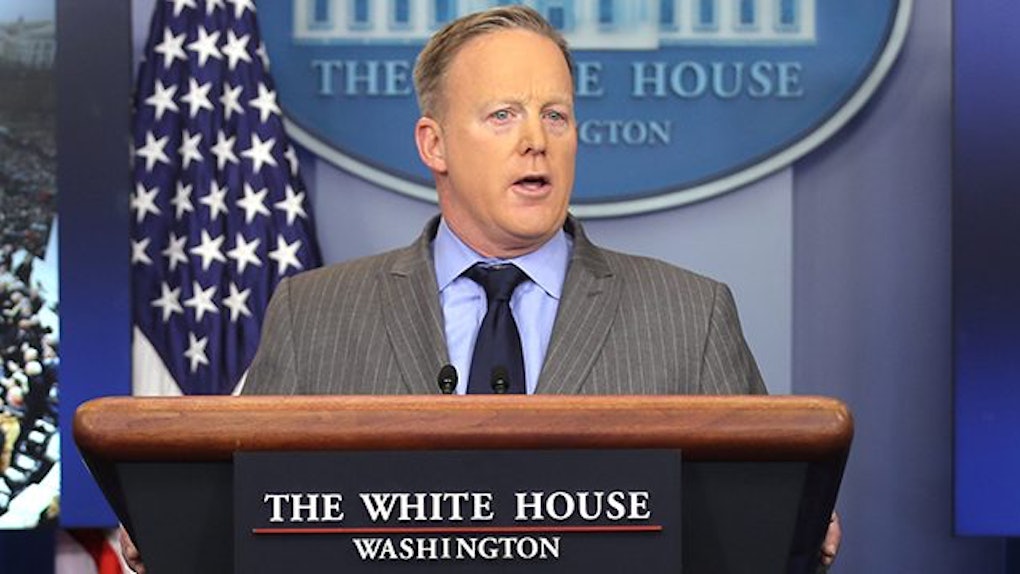 Have you heard about "alternative facts"? They're all the rage!

Ever since White House press secretary, Sean Spicer, stood behind a podium and told everyone that Donald Trump's inauguration had the "largest audience," everyone's getting in on the action.

Of course, "alternative facts" is just a cute word for a lie. So, yeah, the art of lying and the question why people do it so much -- *cough* our president *cough* -- have been trendy subjects for the week.

And if you're wondering "gee, just how often do people around me lie?" then you're in luck. We just happened to do some digging and found some answers.

By The Telegraph's count, people lie about 10 times per week. The Harvard Business Review, for its part, has cited a rate of two lies per day as an estimate.

Either way, that implies that we all take our amount of lies into the double digits every seven days.

Well, some things are just not worth telling the truth for, a senior psychology lecturer told the Telegraph. Dr. Paul Seager said,

To keep society running smoothly, we need to tell white lies. If your partner comes home with their latest piece of artwork and says, 'What do you think of this?', it shows they want support. Whether you like it or not, you're going to say it's nice.

OK, but what about the real liars? I'm talking about the ones who have absolutely no shame. What about them? Seager had an answer for that, too.

Some people live in a fantasy world and don't tell the truth – people who for various disturbed functions in their psychological make up feel the need to live a false existence. Psychopaths, for example, have no remorse or conscience. They focus on the short-term gain, they have no guilt and they live for the moment impulsively and without thinking of the consequences.

OK, this might shock you. But I know a guy like that. He was just talking about millions of illegal immigrants voting or something.

But you know yourself, though. So you can probably go on ahead and do a little experiment. Count how many white lies you tell this week.