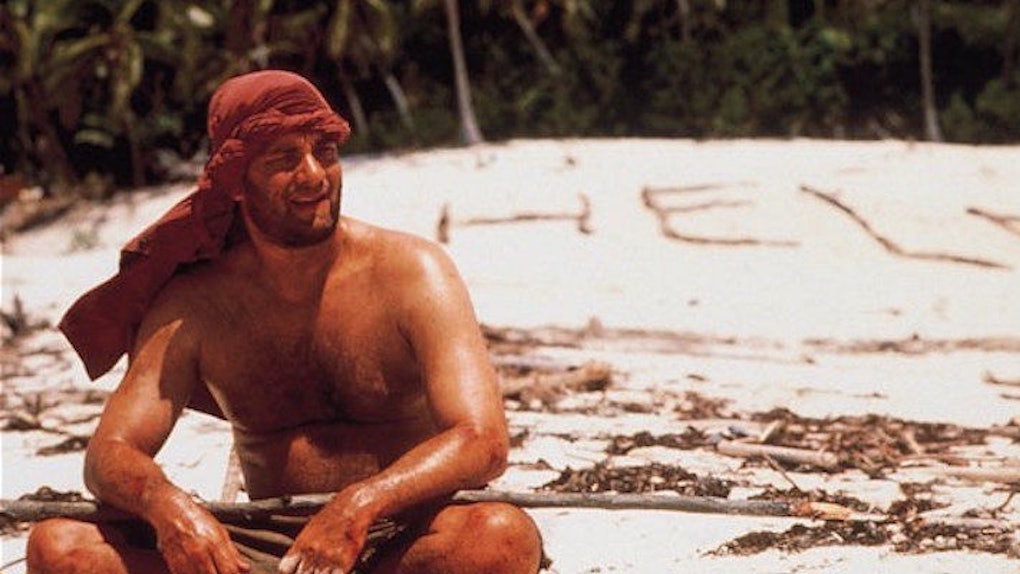 OK, you're stranded on a beachy island with no cell service or any sign of civilization whatsoever. What do you do?

After panicking, you'd probably draw a giant "SOS" in the sand, hoping someone will see it, and then maybe attempt to build a fire and pray for your life.

Writing "SOS" in the sand is kind of a last resort move that you'd only see on TV or in movies (like "Lost" or "Cast Away), but it totally worked for Linus and Sabina Jack, two 50-something boaters who got stranded on an uninhabited Micronesian island of East Fayu.

They were stranded for more than seven days and rescued on Friday, August 26.

Linus and Sabina left Weno Island on August 17 with no emergency equipment (they probably regret that) and limited supplies. They were supposed to arrive on Tantam Island the next day, but obviously didn't make it.

The pair and their "SOS" sign were spotted by a US Navy Aircraft crew sent out to investigate by The US Coast Guard's command center in Guam.

Aside from the sign, they were able to send a light signal with the little equipment they had on hand. Searches started as soon as the Coast Guard realized their boat was missing on August 19.

This is straight-up one of my worst fears. I don't think I'd last two days in that situation, let alone be able to pull my shit together to make a giant "SOS" in the sand.

Props to them for literally pulling out the oldest trick in the book to get themselves saved. I wonder if they also sent a little message in a bottle, telling someone to rescue them as well.

You can see the photos of their "SOS" in the sand below.

Thankfully, these two were rescued safely.

Citations: Castaways Rescued After Writing Out Enormous 'SOS' In The Sand (Huffington Post)