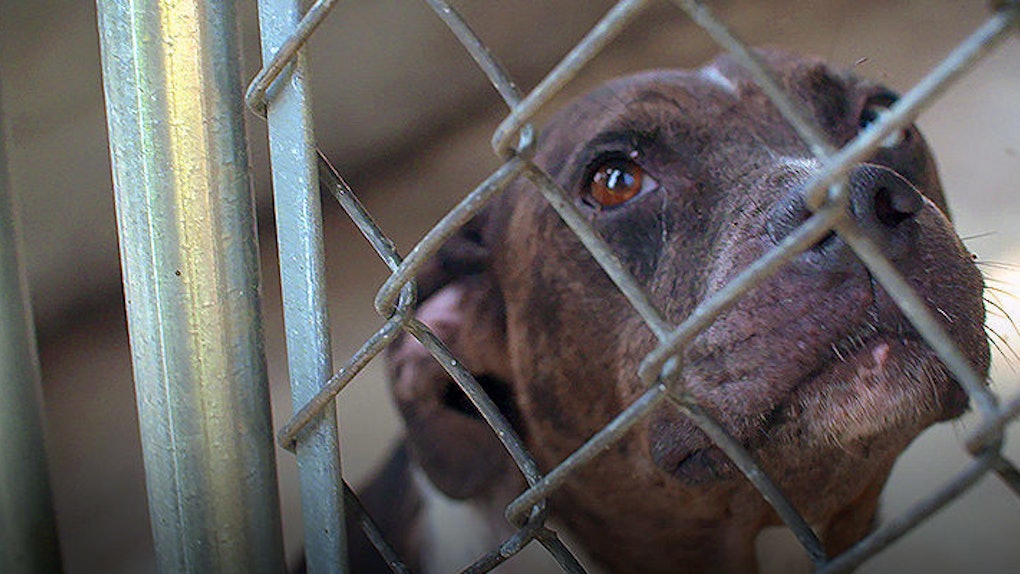 Around two and a half years ago, I was going through a rough patch.

I had lost my childhood best friend, my beautiful Shetland Sheepdog named Lassie, and I felt stuck at a crossroads in my life.

I decided to look into adopting another dog and came upon a wonderful mixed terrier/shepherd pup who was found under a porch in Atlanta with his litter of eight brothers and sisters.

The pup nibbled my hand and rolled onto his back to show me his belly. I fell in love all at once and took my baby boy -- now named Merlin -- home.

Merlin became my catalyst for change.

Upon meeting this pup and his family, I asked why the rescue organization, the Atlanta Canine Adoption Project, traveled almost 900 miles to bring these dogs from Georgia to New Jersey.

It was then I learned about the overpopulation problem of strays in the South.

Dogs roam the streets or are locked up in animal shelters, where they face rough conditions and, in some cases, inhumane euthanasia techniques. Organizations began transporting animals to give them a better chance at being adopted.

According to the New York Times article, “Adopt a Dog With A Dog With a Southern Drawl”:

People don't love their pets any more or less because they live in one geographic region or another. But kill rates spike in high poverty areas with limited access to affordable veterinary services for spaying and neutering. In the rural South, unsterilized dogs are often allowed to roam outdoors. Many counties have weak or unenforced leash laws.

A lack of enforced leash laws, along with other issues such as backyard dog breeding and dog fighting, have contributed to the overpopulation crisis in the south.

To put this into context, according to PETA,

Just one unaltered female dog and her offspring can produce 67,000 puppies in only six years.

Two of the organizations working to relocate animals include the Badass Brooklyn Animal Rescue (based in Brooklyn, NY) and the Sweet Onion Animal Protection Society (based in Vidalia, GA). Both organizations work together to rescue dogs from high kill rate shelters.

According to the ASPCA, around 3.9 million dogs enter animal shelters nationwide every year.

Organizations like BBAR and SOAPS use tools like social media to relocate animals to areas where they are more likely to be adopted. They volunteer long hours, raise money and coordinate transportation for these pups across thousands of miles to give them their best chance at better lives.

One wonderful dog, Turner (renamed Miles Teller), is granted a second chance through the help of BBAR and SOAPS. Our team documented his journey to his "fur-ever" home.

If you'd like to find out more about how you can help these great organizations, visit their websites: Badass Brooklyn Animal Rescue and Sweet Onion Animal Protection Society.