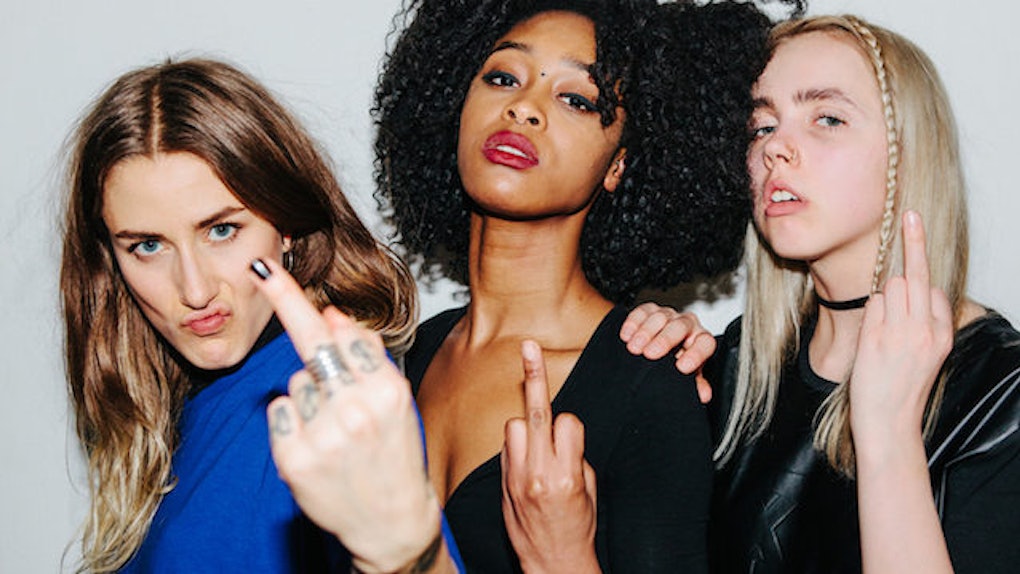 People Who Curse Are More Honest Than Ones Who Don't

If you curse like a sailor and value profanity more than your first language, I have some fucking fantastic news for you.

It's just been proven that people who swear on the reg are actually considered to be more honest than those who don't.

Now, you can continue prefacing every word with "fuck" or "fucking" without feeling guilty about sounding too offensive.

Because, after all... you're just being honest.

A new study in a document called "Frankly, we do give a damn: The relationship between profanity and honesty," three experiments were performed to show a correlation between cussing and honesty.

According to New York Magazine, the experiments began with 276 participants who were asked about their cursing habits and how honest they think they've been.

The next step required the analyzation of 73,789 Facebook users' status updates who've allegedly used the myPersonality app on their computer.

The next test measured the integrity of different states in conjunction with their Facebook data.

According to the study, the data collected concluded there is a strong relationship between honesty and profanity.

Dana Dovey at Medical Daily allegedly dissected the experiment and claimed (in simpler terms) that honest people curse to express themselves, alas, being more honest than those who don't.

So, yeah... you can take the soap out of your mouth now.

To conclude the interesting findings, the study reads,

The consistent findings across the studies suggest that the positive relation between profanity and honesty is robust, and that the relationship found at the individual level indeed translates to the society level.

Next time someone judges you for cursing up a storm and expressing how you feel in an "embellished" manner, just say "fuck it."

After all, you're being honest!

Citations: A 'Dirty Mouth' May Be A Sign Of Integrity; Study Associates Swearing With Increased Honesty (Medical Daily), Frankly, we do give a damn: The relationship between profanity and honesty (Standford Business Graduate School), The More You Swear, the More Honest You Are (New York Magazine)