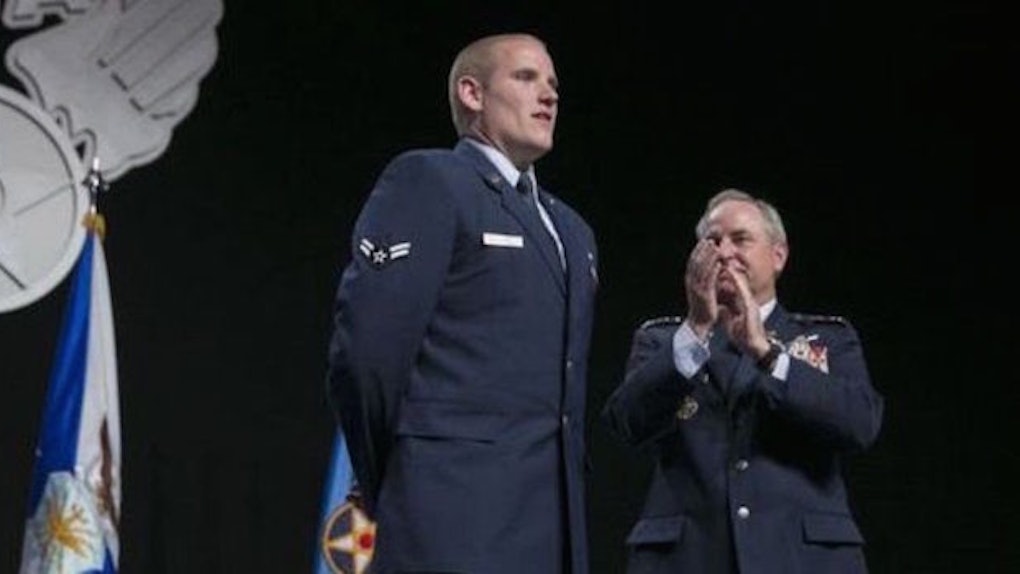 Hero From Paris Train Attack In Stable Condition After Being Stabbed

One of the Americans who prevented a terrorist attack on a French train was stabbed in Sacramento last night.

According to NBC News, Air Force medic Spencer Stone, 23, is in stable condition after being stabbed in the torso several times outside a bar around 12:45 am Thursday.

He allegedly got into a fight near a popular strip in downtown Sacramento.

In a statement, Sacramento police said,

It is believed that the victim was out with a group of friends when a physical altercation led to the victim being stabbed.

Police interviewed a man and a woman, but made no arrests. There is no description of a suspect, according to NBC News.

In August, Stone, along with National Guardsman Alek Skarlatos and college student Anthony Sadler, took down a gunman who was about to open fire on a Paris-bound train.

Stone had to have his thumb reattached after the Moroccan gunman stabbed him with a box cutter numerous times, according to ABC News.

Skarlatos posted this tweet after hearing about last night's stabbing.

The bravery of the three men, all of whom are childhood friends, earned them Legion of Honor medals, France's highest award.