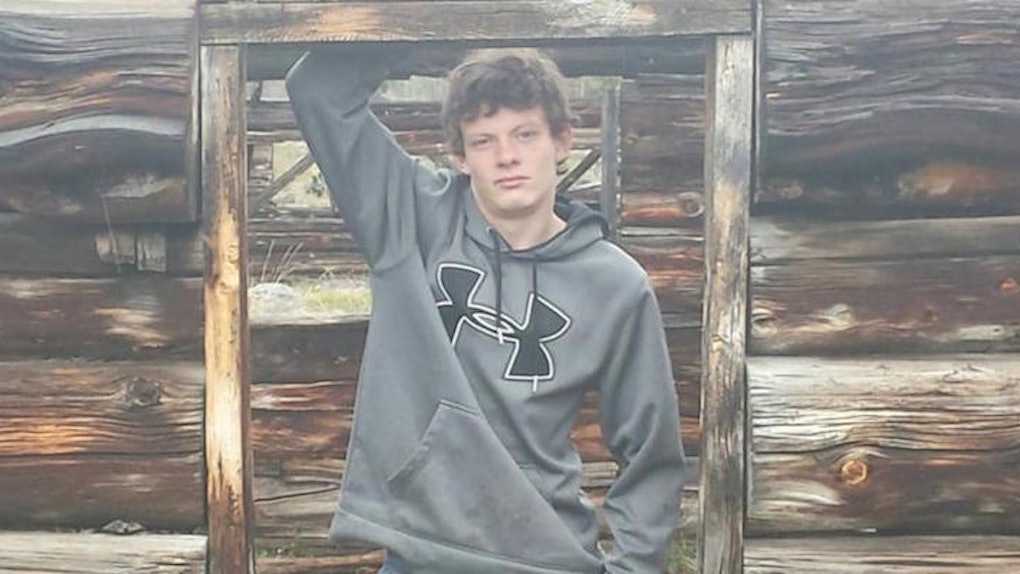 A Wyoming couple made a teenager drink until he was dead in an attempt to teach him a lesson about the dangers of alcohol.

For the past three years, 16-year-old Kendal Ball told his mother, Paulette Richardson, and stepfather, Joseph Richardson, he wanted to drink, according to the New York Daily News.

Ball's biological father was an alcoholic, Paulette told police, and she feared her son would soon be venturing down the same path.

So to show him just how harmful alcohol can be, the couple allegedly gave Ball drinks from 8:30 pm until around 10:30 pm on July 6 at their Urie, Wyoming home, reports Uinta County Herald. After the drinking, Ball went to bed.

Court documents stated Ball's drinks consisted of “a few shots of Fireball and a few shots of Jack Daniel's," followed by some beer. All of it was used to "teach a lesson about alcohol and get [Ball] sick."

Paulette checked on Ball at about 11 pm and received a thumbs up from his bed.

The teen was not responding, however, when Joseph conducted a second check around 3:45 am. An affidavit filed in the case stated, “[Ball's] lips and eyelids were dark blue," and there was reportedly dark fluid coming out of his mouth.

Ball died due to “complications of acute alcohol poisoning," an autopsy determined, with a blood-alcohol level of .587.

On September 8, Joseph and Paulette Richardson were charged with involuntary manslaughter, and now, they could face up to 20 years in prison.

I am not here to make parenting decisions for people. What I hope people understand, however, is that some traditional parenting lore, wives tales or theories don't apply in an age where we have refined products that accelerate the effect of chemicals on the human body.

Gerrard added her office was debating whether or not to charge a friend of the Richardsons who was present for the drinking.

The couple's preliminary hearing was scheduled for the morning of September 18.