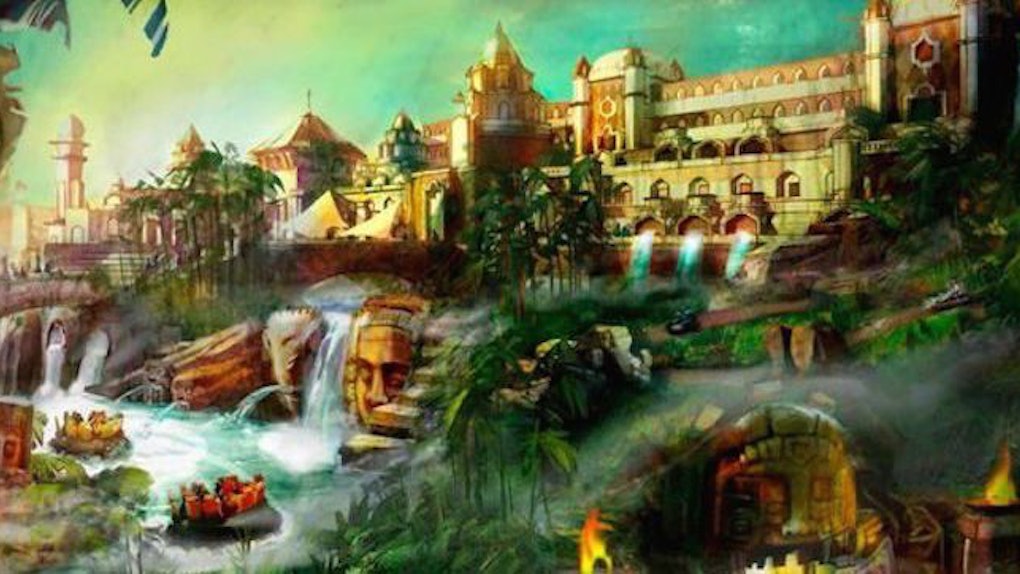 Sounds cool, but it will only apply to you if you live in or can travel to England, the proposed site location.

The London Paramount would actually not be in London, contrary to its name. If approved, it would be in Kent, which is east of London.

Don't get too excited quite yet — the park is still in development stages.

They are aiming to have it built by 2022, so there's still time and a full Trump presidency to get through before you can even think about going to the theme park, which is expected to fit 40,000 people daily.

But it looks like it is going to be cool.

And what exactly are some Paramount Pictures pictures? There are some big names ones you definitely know.

So they definitely have a lot of imagery and action to choose from while developing this theme park.

We are working with the railways to make sure there's sufficient capacity. We're also considering having a boat from central London or Greenwich which will all be part of the attraction.

You can already imagine what it will be like to see some of these epic movies in theme-park form — sometimes quite literally.

There's an "Indiana Jones" ride at Disneyworld. I suppose London Paramount will have to stick to "Transformers," instead.

Hopefully they will have a race track. That would be sweet.

The London Paramount theme park will have 50 attractions, which includes rides, hotels, shops, restaurants and a nightclub.

There will be a 2,000-person theater, and tickets to gain entry to the park are expected to cost about $70.

Starfleet Command, if you don't know, is a "Star Trek" reference. Paramount has the rights to "Star Trek."

My parents will be so excited. You can be excited, too.

Citations: A Massive Disneyland Style Theme Park Is Coming To The UK By 2022 (The Lad Bible)