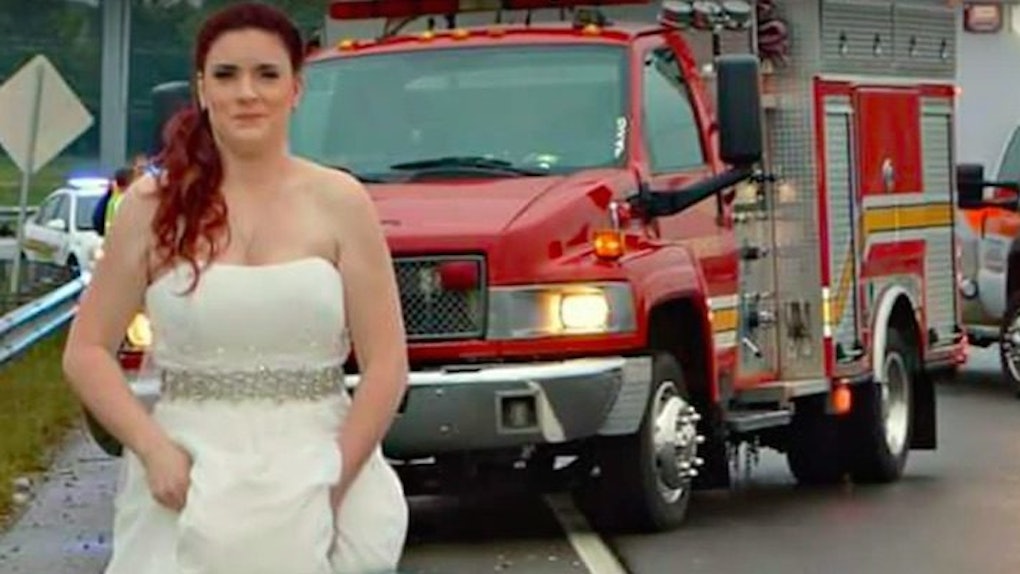 The best possible time to get into an accident, vehicular or otherwise, is during the wedding of two paramedics.

On the way from Sarah Ray's wedding to the reception on Saturday, the car carrying the bride's father and grandparents was struck by a driver who'd run a red light.

Ray and her husband followed their paramedic instincts and rushed to the scene.

In an interview with NewsChannel 5, Ray insisted,

Anybody in the EMS field would've done the same thing. I don't know if what I did was special, but I was in a wedding dress.

Ray's mother, Marcy Martin, took an epic photo of Ray walking away from the crash site in her wedding dress and claimed it “shows [Sarah's] character and accentuates her beauty.”

Even her wedding day wouldn't stop this first responder from savin' the day. Posted by Firefighters Worldwide on Saturday, October 10, 2015

According to Ray, as the festivities raged on, her 72-year-old grandmother was taken to the hospital and was upset for ruining her granddaughter's big day.

I told her that it wasn't her fault... as long as she was okay.

Brides hoping for kick-ass wedding days will have to up the badassery, thanks to Ray.