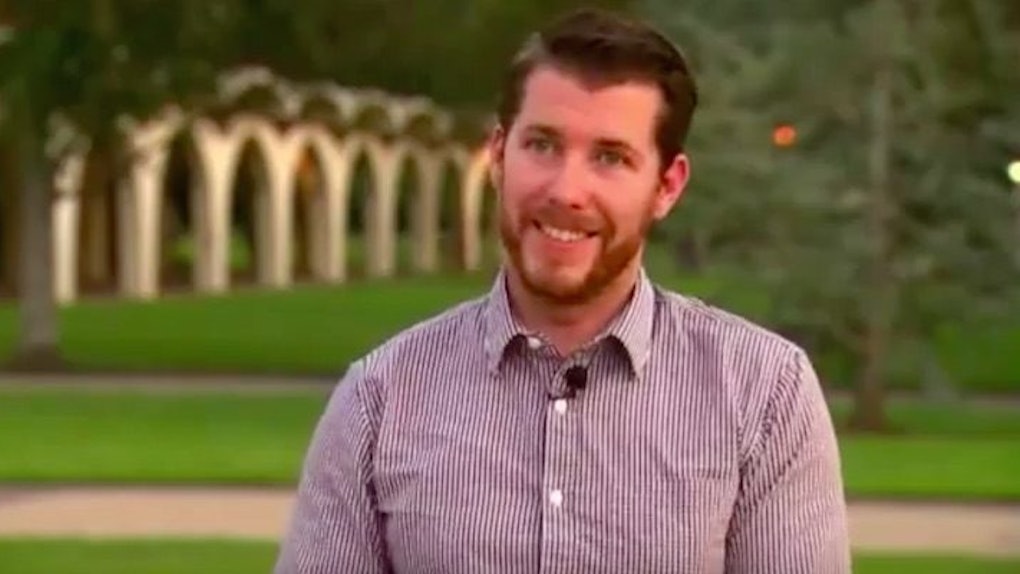 A paralyzed man reportedly walked by sending brain waves to an electronic device.

According to Sky News, 26-year-old Adam Fritz was paralyzed in both legs after a motorcycle accident that took place five years ago.

The damage he sustained to his spinal cord typically results in paralysis for life, but with the help of a walker and harness, Fritz recently used a three-part system to walk several feet.

In a statement, Dr. An Do, an assistant professor of neurology at the University of California, Irvine, said,

Even after years of paralysis, the brain can still generate robust brain waves that can be harnessed to enable basic walking. We showed that you can restore intuitive, brain-controlled walking after a complete spinal cord injury.

Fritz prepared his brain for the system by learning to control a virtual-reality avatar, Live Science reports.

He also spent months regaining power in his legs with physical exercises.

To detect his brain waves, Fritz wore a cap that contained electrodes, which are frequently utilized for electroencephalogram (EEG) tests.

The waves were then sent to a computer that interpreted them as different instructions. Finally, these instructions were sent to a Parastep, a device that delivered electric stimulation to nerves in Fritz's legs.

Fritz practiced 20 times using the system to walk while being suspended above the ground.

He then tried walking on the ground, and after 19 unsuccessful attempts, advanced approximately 12 feet.

Dr. Zoran Nenadic, who was also involved in the experiment, said,

We've been able to, for the first time, allow a person to walk hands-free without pressing buttons. It's a short distance, of course, but in terms of significance, it's a very exciting step.

The scientists responsible for this achievement are now looking to create a system that sends brain waves from the legs to the brain.

This would allow a victim of paralysis to regain feeling in his or legs.

Fritz urges others with similar disabilities to volunteer for scientific endeavors since he "had no idea" what the outcome of this experiment would be when it began.