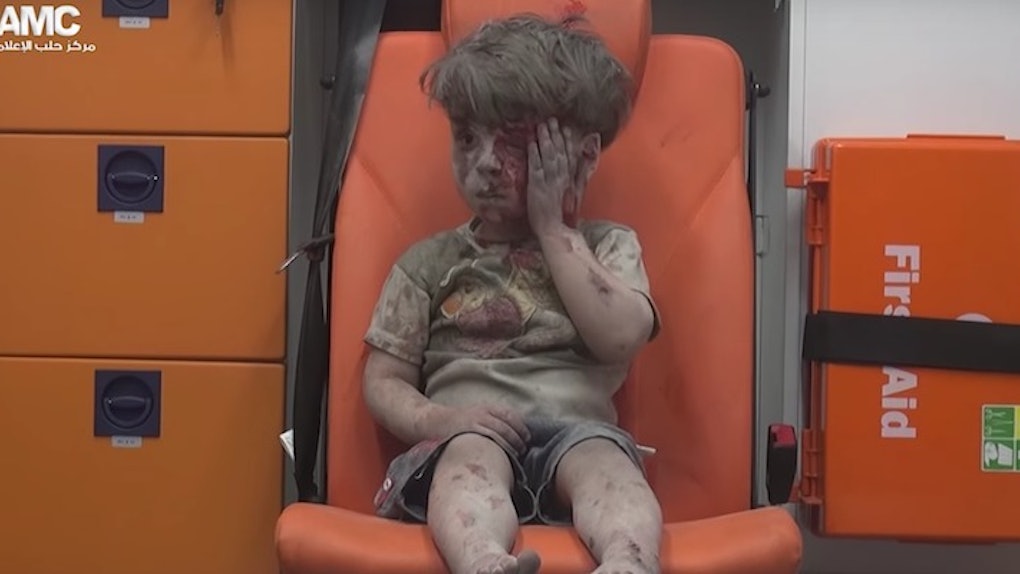 Omran Daqneesh's Big Brother, Ali, Has Died And We Are All Heartbroken

On Wednesday night, a video of Omran Daqneesh was taken as he was placed into an ambulance after an air strike near his home in the northern city of Aleppo in Syria.

The video went viral and overnight, the three-year-old became an tragic icon of the civil war in Syria.

On Saturday, it was confirmed that his brother, Ali Daqneesh, 10, had died from injuries sustained during the blast.

Ali is now one of the estimated 10,000 plus children who have been killed in the war. Aleppo, in particular, has been the scene of intense fights between the government and rebels.

On Friday, the Telegraph spoke with Omran's father, who wants to be called "Abu Ali". He told them when the blast happened, Omran was inside his home, while Ali was playing with friends outside.

It is very painful to watch your children falling in front of your eyes.

These events have been painful for the entire world to watch.

Omran was pulled from the wreckage by his father and then placed in the ambulance we all saw in the viral video. Currently, the video has been watched over 3.8 million times.

The world feels for the Danqeesh family and all of those suffering.

People have taken to Twitter and social media, expressing their condolences, but all the tweets in the world won't put an end to the terror of the Syrian conflict until real changes are put into action.