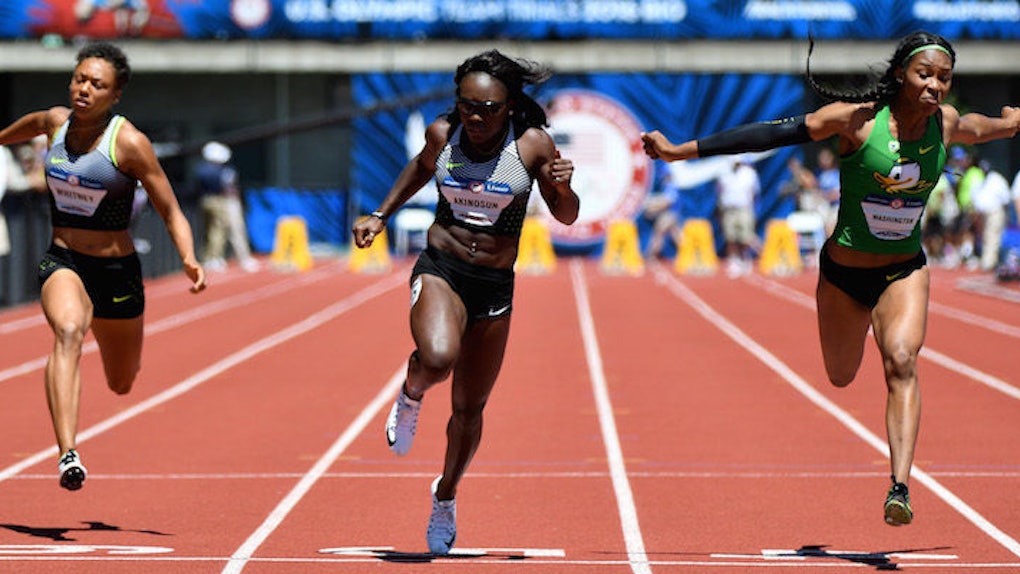 Five years ago, Morolake Akinosun sent out this tweet.

At the time, Akinosun was just trying to give herself a little motivation. She didn't realize she was actually predicting her future.

That's right. Akinosun is heading to the Olympics in Rio de Janeiro this year as a member of the USA Track & Field 4x100m relay pool. Her tweet was a premonition.

Akinosun had forgotten about the tweet until it recently came up on Timehop.

It reminded her how far she's come in the past half decade or so, and, feeling a little emotional, she tweeted again.

Understandably, people were pretty inspired by this, and her tweet went viral. As of Monday afternoon, it's been retweeted over 184,000 times.

Akinosun told BuzzFeed News she was motivated to send the initial tweet out after watching the televised World Championships for track and field back in 2011, but she had no idea how accurate it would ultimately be.

Speaking about her mindset at the time, Akinosun said,

At the time I tweeted that out, it was more of a dream and an aspiration. A goal has to be somewhat realistic. I wasn't on the level yet and I didn't know for sure that I would ever get there, but I for sure wanted to get there.

Research shows the simple act of writing down your goals can set you on a much stronger path toward accomplishing them. Perhaps Akinosun is proof tweeting your goals is not much different (or maybe she's just an incredible athlete).

Either way, it's always good to try and have a vision for the future. It helps you think about what obstacles you might face and how to overcome them, whether they be real-life hurdles or the ones you find on a track.

When asked what advice she has for others in terms of achieving their dreams, Akinson stated,

My one thing is believe in yourself. In 2011, I truly believed this was a goal of mine, and I dreamed big, and I was able to achieve my dream. It wasn't always easy, and no one knows the work that I put in the five years in between the two tweets. I put in a lot, a lot, a lot of hard work over the course of the five years, and I went after my dream. So if you have a dream, I want to encourage girls to go ahead and go after it, no matter how big it is, no matter how many people think your dream is unachievable. It's yours — go for it.

Akinosun is proof life moves by pretty fast (and not just because she's a sprinter), so you shouldn't hesitate about your goals; attack them. Anything could happen.