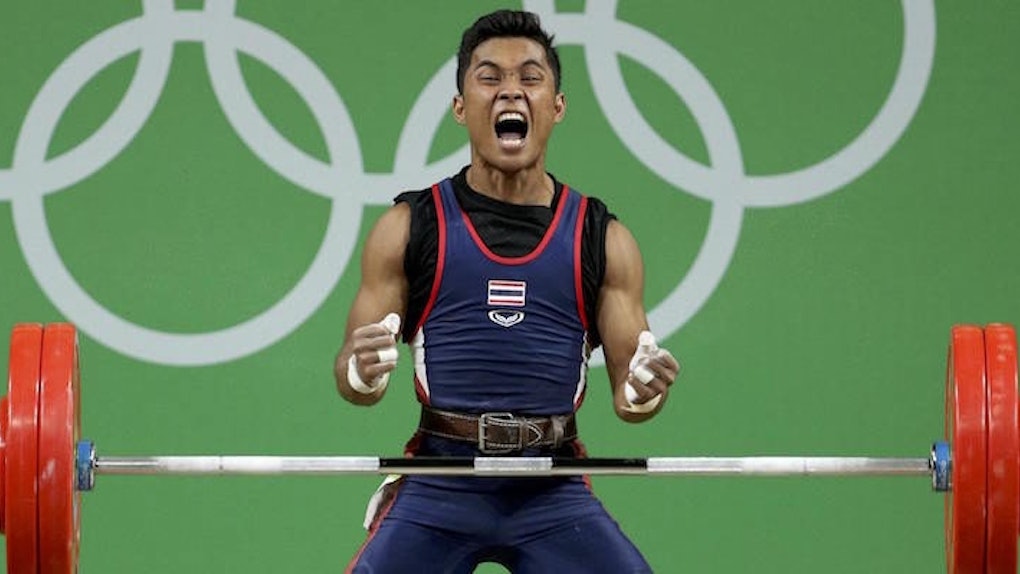 The grandmother of an Olympic weightlifter died while she was celebrating his bronze medal win.

Sinphet Kruaithong was competing for Thailand when his grandmother, Subin Khongthap – who was believed to have been in her 80s – collapsed, reports the Bangkok Post.

She was watching the event on TV with friends and family in Ban Phon Muang when she went unconscious. Subin regained consciousness around five minutes later, and was rushed to the hospital. There, she was pronounced dead.

The cause of her death is not known at this time. But officials are attributing it to heart failure.

The initial assumption is that she died from heart failure, but we have to wait for the hospital's result. I'm not sure if she was too excited, or if maybe she was already ill.

Her Olympian grandson dominated a combined lift of 289 kg, and came in third behind Long Qingquan of China and Om Yun Chol of North Korea.

He is the second Thai athlete to win a medal at the Rio 2016 Olympics.