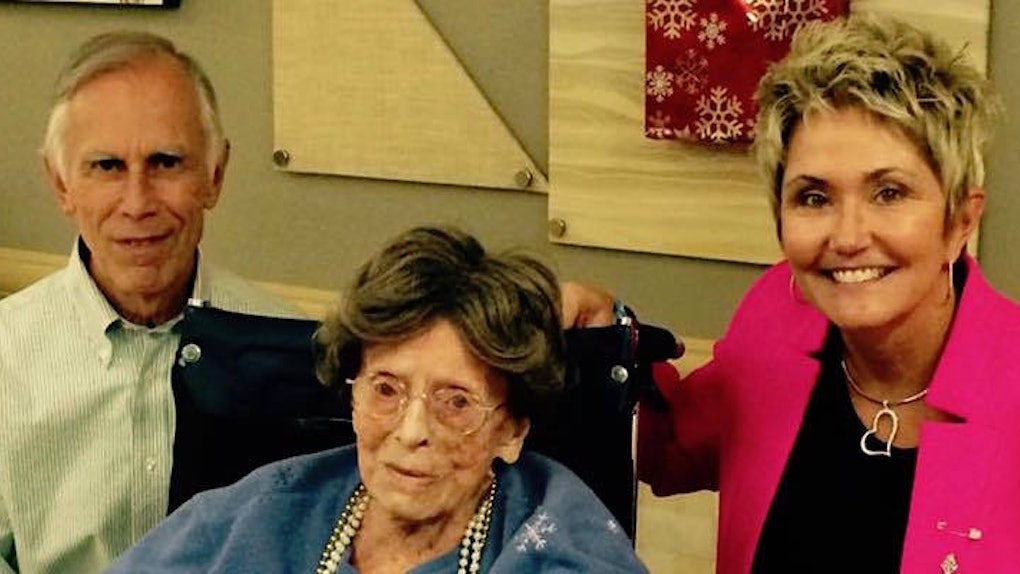 Sassy Oldest Woman In US Is 114 Is So Over Birthdays

The oldest woman in America marked her 114th birthday on Monday, December 12, and she was really, really excited about it.

How excited? Well, why don't you just check out what she said when she was asked what she's thankful for.

So, what exactly do you appreciate, Ms. Adele Dunlap?

Gee, how should I know?

I've never thought of such a thing. I don't wish for anything.

Right, about that excitement: I think I actually meant to say she was totally and unrepentantly apathetic about growing a year older.

And by the way, the quotes come from NorthJersey.com, whose staff writer Jay Levin  had the pleasure of conducting what had to be a super awkward interview with a woman who is so transparently over birthdays.

Ms. Adele has requested that the celebrations become fewer because she says we are all important, and that speaks volumes about who she is.

Here's my take, though: "Ms. Adele" just really ain't about this celebrating-birthdays life, anymore. In fact, she might not be about this life, period.

At her age, who can blame her if she's just done with this world? I mean, I've been pretty much done with it since the election.

She's just a wonderful person, and it comes from the inside. She's genuine when she tells you things.

See? Look at the photo of her with Mayor Greiner and Mayor Kovach.

Any who, despite the fact that she was born in friggin' 1902 (nine-teen-oh-two, guys!), I have to say, Ms. Adele has a lot in common with a millennial like myself.

She's spent her whole life in Jersey, which makes perfect sense out of her total apathy for life. Don't @ me.

Plus, she was born in Newark (shoutout to Brick City).

Last, but not least, though, she knows what the true joy of life is. When asked what her favorite part of the day was, she answered,

I guess just going to bed.