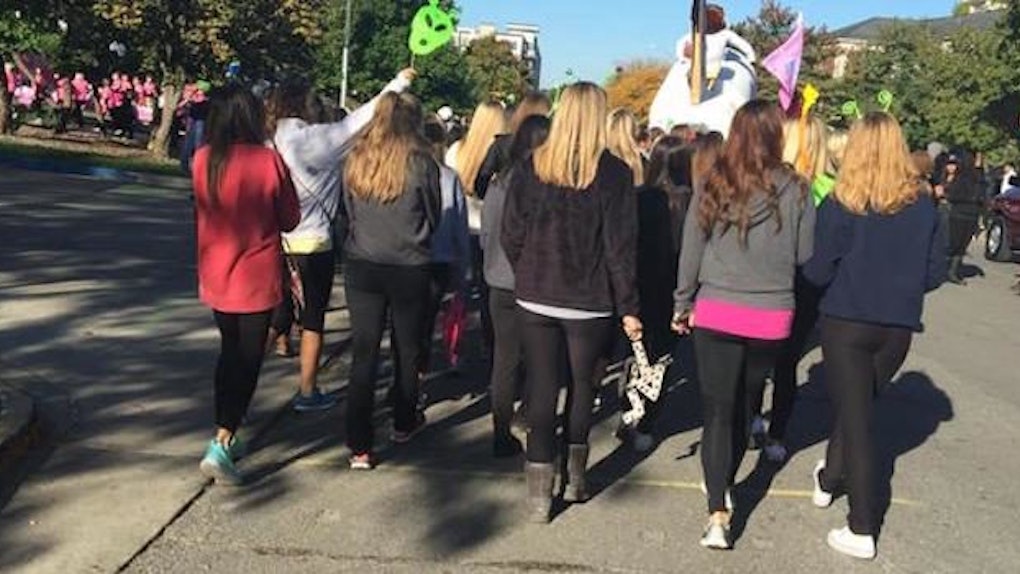 A former candidate for the Missouri House of Representatives came under fire for proclaiming his appreciation for the physiques of sorority women.

According to the Columbia Daily Tribune, 69-year-old Frederick Berry was walking in the University of Missouri's homecoming parade on Saturday when he found himself behind members of the Delta Gamma sorority.

Berry, who is the president of a local right-leaning group called the Columbia Pachyderm Club, decided to tweet something about his situation.

The University of Missouri College Democrats soon learned of the tweet and determined "VNB's" could only mean "very nice butts."

On Monday morning, the student organization issued a statement calling for Berry to be ousted from his position within the Pachyderm Club and for the club to be banned from the school's homecoming events, the Riverfront Times reports.

For Mizzou students, alumni and Columbia families, there is hardly a better time of year than a Mizzou Homecoming Weekend. Unfortunately, Boone County Republican Club Chairman Frederick Berry chose to use social media to objectify women walking in the Mizzou Homecoming parade and sharing their school spirit.

Berry, however, doesn't understand why his tweet caused so much unrest.

He told the Columbia Daily Tribune his observation arose while he and a female member of the Pachyderm Club were talking about the physical shapes of the women in the photo.

Of the conversation, Berry recalled,

She said, 'All those girls are wearing these nice sleek pants, but I think in our day we were in better shape.' I said, 'No, we weren't. You can tell by the way they are walking. You can see all the muscles there.'

The "VNB's" comment was made merely in regard to the "obvious athletic build[s]" of the sorority members, Berry explained.

Of his criticism, he said,

How do they know what is in my heart? I am sorry, I am not going to apologize for something that was not wrong. I totally forgot we have all these devils out there looking for something.

Mizzou College Democrats spokeswoman Abby Elmer said the school has a "bad history of objectifying women" and such behavior will only continue if comments like Berry's are tolerated.