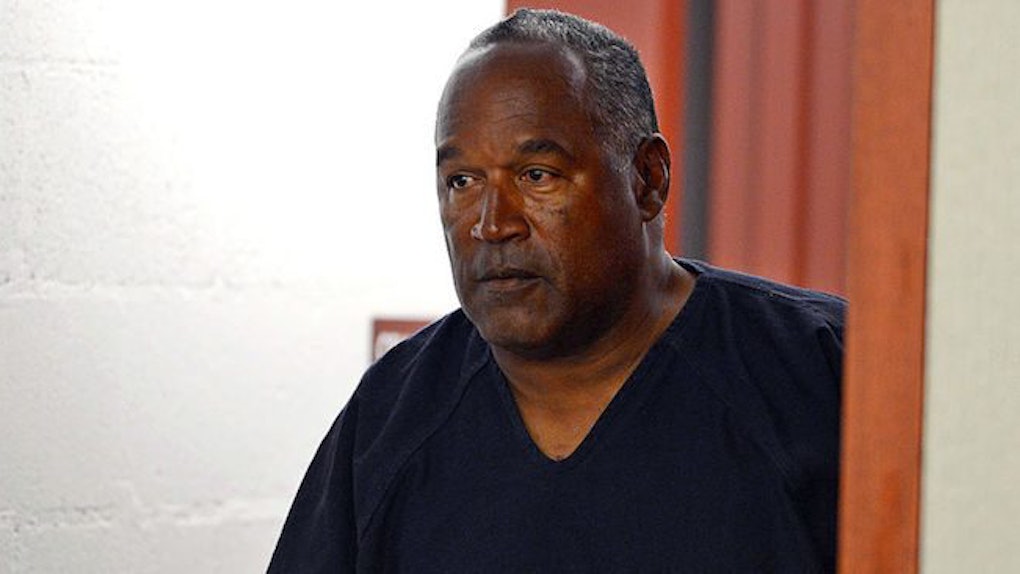 How Long Has OJ Simpson Been In Prison? His Parole Case Is Coming Up

OJ Simpson is in the news again, because time is a flat circle and 2017 is determined to be a bizarre year.

Simpson has been in prison for eight and a half years at Lovelock Correctional Facility, a medium security prison in Nevada, according to CNN. The former football star and actor was at the center of one of the most infamous murder trials in U.S. history.

While Simpson was found not guilty in the 1995 trial regarding the killings of his ex-wife, Nicole Brown Simpson, and her friend Ron Goldman, he ended up on trial for completely different charges years later.

In 2007, Simpson and armed associates allegedly entered a Las Vegas hotel room and took sports memorabilia. Simpson claimed he was trying to retrieve items that were stolen from him and didn't know his associates were armed, according to the Associated Press.

Ultimately, after Simpson reportedly rejected a plea deal, he was convicted on 10 charges including kidnapping, armed robbery, and assault with a deadly weapon. He was sentenced to 33 years imprisonment.

On Thursday, July 20, Simpson will appear before Nevada's Board of Parole Commissioners.

Simpson is reportedly expected to be paroled at the upcoming hearing.

If all goes well, he will be released Oct. 1.

The Hall of Fame running back has reportedly been on his best behavior during his time behind bars.

Although, there was apparently an incident in which he ate a cookie stolen by an inmate who helped with food preparation that threatened Simpson's chances of gaining freedom, USA Today reports.

But, the situation was resolved and he wasn't written up for the cookie-related infraction.

Simpson seems to have had a decent life in prison.

He's apparently been teased at times about the murder trial, but has often been paired with large cellmates who could defend him if anyone threatened him.

For the most part, it seems Simpson has kept his head low and played nicely with others during his stint behind bars.