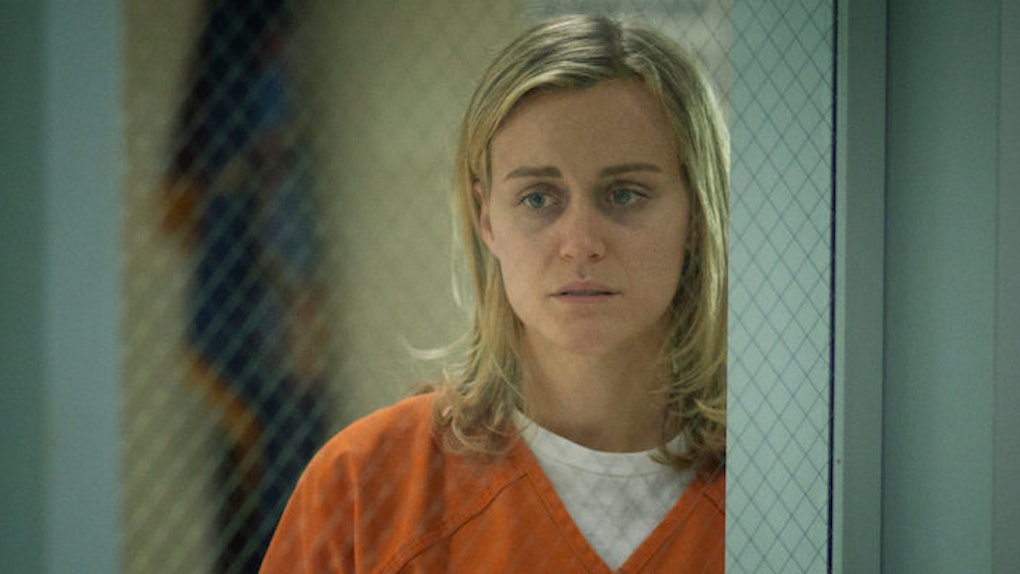 If you are a fan of the Netflix series, "Orange is the New Black," chances are you’ve already binge-watched the third season, and you're anxiously awaiting to find out if Piper Chapman’s business will last.

But until the next season is released, Piper Kerman, the woman whose story inspired the show, is spreading awareness about the realities of the prison system.

Kerman recently testified before the Senate Homeland Security and Governmental Affairs Committee in an effort to encourage Congress to improve the corrections system, especially for female inmates. She stated:

"Women are the fastest growing population in the American criminal justice system, and their families and communities are increasingly affected by what happens to them behind bars."

According to the Federal Bureau of Prisons, there are 13,935 female inmates in the federal corrections system, representing 6.7 percent of the total population.

Kerman argues that, for too long, research in the correctional field has been focused almost exclusively on how men adapt to prison conditions, without regard for how women experience incarceration.

One of the biggest areas of reform Kerman believes Congress should address is to ensure mothers are able to stay close to their children.

"When I was in Danbury for 13 months, I met women who were raising their children in the visitors’ room during brief visits, fending off sexual harassment, and struggling to get a high school education so when they got out they stood a chance at surviving. "I saw women denied necessary medical care, and I saw women with mental health issues wait for months to see the one psychiatrist who was available for 1,400 women."

Kerman’s story is not just an anecdote. As of 2010, The Pew Charitable Trusts estimated that one out of every 28 children had a parent behind bars, up from one in 125 in 1985.

This is due to a rapidly-rising prison population. Currently, there are over 2.3 million people incarcerated in the United States, and many of them are young people.

One of the reasons our prison population has grown is due to an increased reliance on mandatory sentencing laws, and federal mandates put in place by Congress that predetermine the amount of time individuals will spend in prison, depending on their offense.

These laws "take power away from judges to issue the sentence they believe to be most appropriate to the individual and the circumstances surrounding the case," according to Generation Opportunity.

The consequence is thousands of non-violent Americans are serving out excessive time in prison.

These are individuals who, perhaps, should have had access to alternative sentencing and rehabilitation rather than years in prison. Instead of making a prison sentence the only option on the table, shouldn’t our policymakers expand access to other forms of punishment besides a jail cell?

More importantly, if we do decide a prison sentence is an appropriate outcome, shouldn’t we encourage training and education to ensure prison does not become a revolving door for the people we send inside?

Criminal justice reform is not just about changing how we sentence people, but also about how people are treated once they are put behind bars.

Kerman highlighted this point when she ended her testimony with a quote from Thomas Mott Osborne asking, “Shall our prisons be scrap heaps or human repair shops?”

It is a question deserving of an answer.