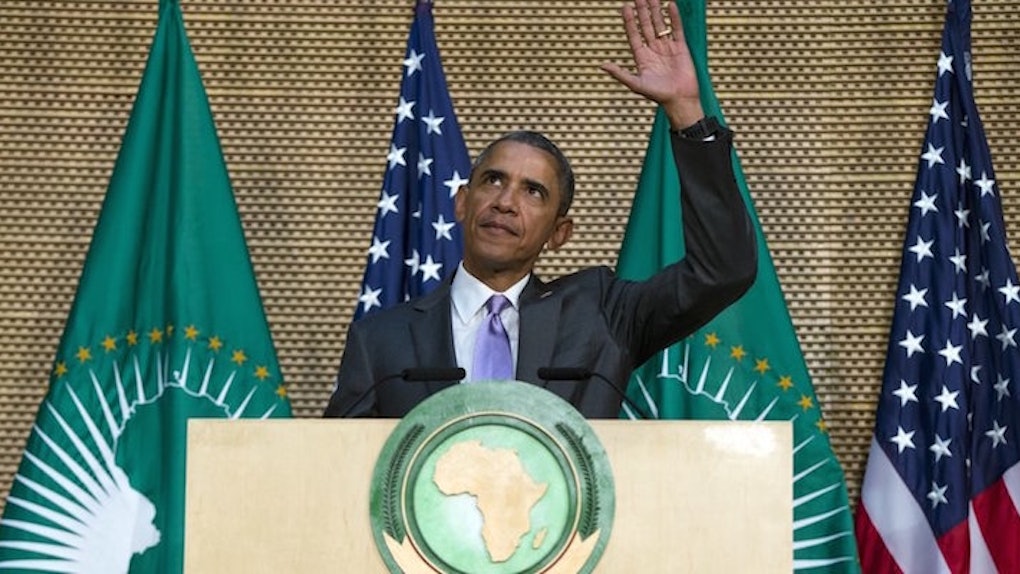 In a speech on Tuesday, President Obama said he believes he would win if he ran for a third term.

Obama made the bold but arguably realistic prediction to the African Union in Ethiopia; this was reportedly the first time a sitting American president addressed the group.

He was speaking about African leaders changing the rules of their terms when they expire instead of stepping down, according to TIME.

He said he'd like to run again since he views himself as a "pretty good president" but cannot because he must obey the Constitution.

Such adherence is necessary, Obama insisted, for Africa to become a fully democratic continent.

And sometimes you'll hear a leader say, 'I'm the only person who can hold this nation together.' If that's true, then that leader has failed to truly build their nation.

Obama's last CNN approval poll revealed him to be a favorable president in the eyes of 49 percent of Americans.

But even though he said, "There is a lot that I'd like to do to keep America moving," Obama admitted he is greatly looking forward to being able to step outside without his security team and spend time with his family.

Citations: Obama If I Ran for a Third Term I Could Win (TIME)