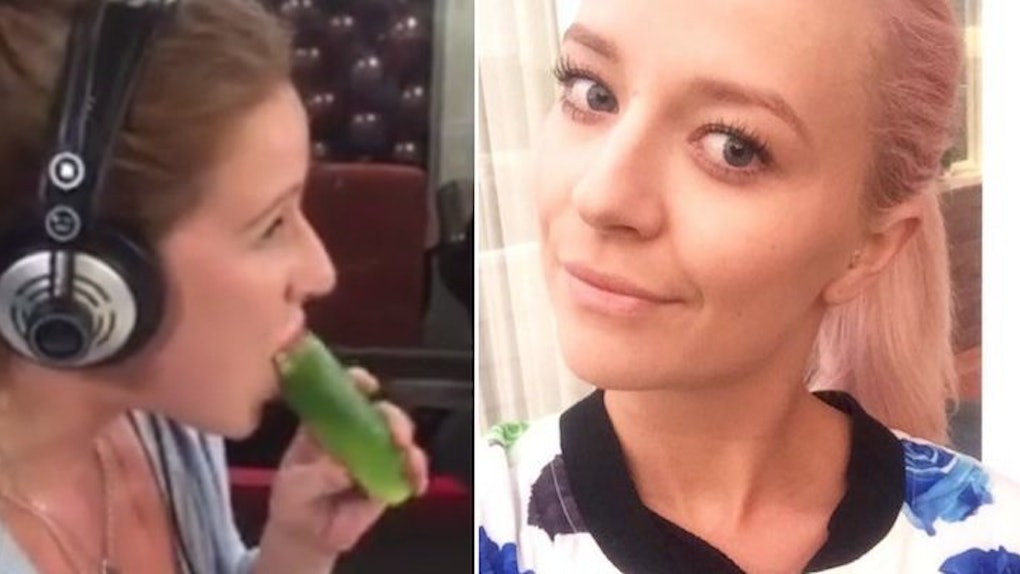 A former contestant from “The Bachelor” is speaking out against a pair of shock jocks who asked her to take a cucumber and see how far she could put it in her mouth.

The act, which was an insanely inappropriate attempt at simulating oral sex on-air, was part of a game called “What's your cucumber number?” and took place on “The Edge Breakfast with Jay-Jay, Mike & Dom,” a New Zealand radio show notorious for its crass content and going too far with jokes.

During an interview with The Spinoff, Dani Robinson, a runner-up on New Zealand's version of “The Bachelor,” called out the show, saying,

I don't know if you listen to their morning show, but they put girls on the spot and asked them to shove cucumbers down their throats to see how far they would go.

She later got in touch with the writer of the piece to add,

When that whole scenario was thrown at me... we were live on air and I had not been forewarned… As a result, I quickly informed the others prior to their interviews with 'The Edge' so they could avoid the whole sh*tty situation.

You can hear audio from the show here.

Video of the contest was uploaded to the show's Facebook page in March but has since been deleted.

People online are furious at "The Edge" for playing the cucumber game.

I think NZ wld be vastly improved if we shipped Dom Harvey & his listeners off to an island of thr own. Maybe not, but it's worth a go... — Bounder (@DawgBelly) August 21, 2015

WTF That stupid cucumber game on mainstream radio in the morning !!! What is wrong with people ... Like seriously UGHHHHH — Emz Matagi (@MeBeEmz) August 21, 2015

When will @DomHarvey realise that this stuff isn't funny, it's insulting #cucumbergame — Danielle Meldrum (@leafygalaxy) August 20, 2015

This isn't the first time the show has been accused of crossing the line when it came to its content. In June, "The Edge" producers reportedly planned on hosting a “Trans for the day” event where show host Dom Harvey would dress as a woman for the day.

The New Zealand Herald reports several transgender advocates asked the station not to go through with the stunt, but all it did was change the wording of the event a little and still had Dom dress as a female.

The New Zealand Herald also pointed out how Dom Harvey once got in trouble after tweeting a crude joke about child rape and a contestant on "The X Factor."

Poor Gracie! First molested in her own bed by uncle bully. And now kicked out of #xfactornz