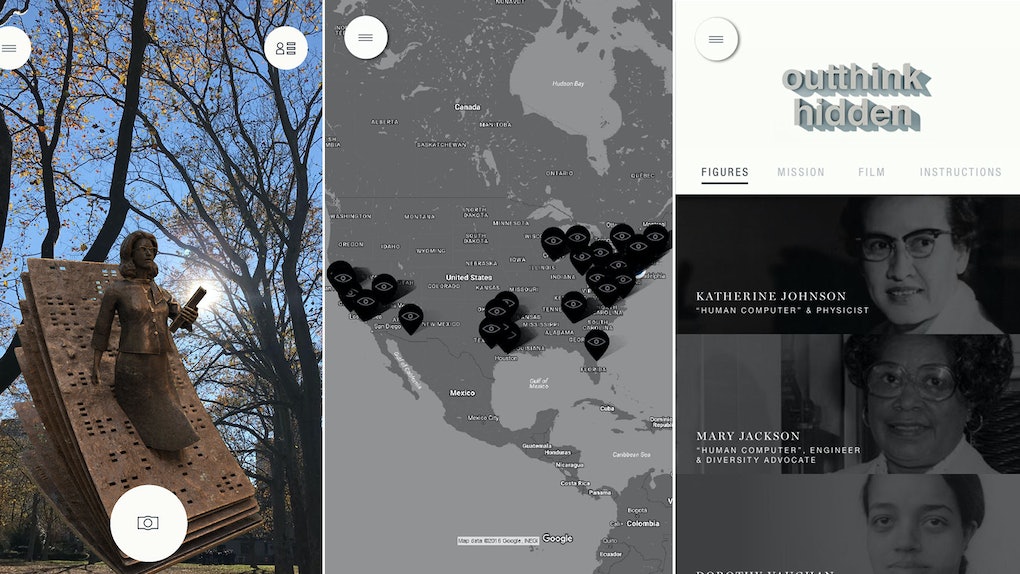 This New App Is Basically Pokémon Go For History Nerds

If the New York Times' latest app is as cool it sounds, we might have to amend that cliche about old dogs and new tricks.

The Times, one of the oldest dogs in the media game, released an app called "Outthink Hidden." As Digiday points out, Outthink Hidden borrows from the Pokémon Go concept and turns users' smartphones into virtual museums.

Yours truly has downloaded the app and, I must say, it looks friggin' AH-MAZ-ING.

The concept seems especially enjoyable for history nerds who like to tally up their own answers while watching "Jeopardy" just to reassure themselves they could kill on the show if they really wanted to (don't lie, I know it's not just me).

Anyway, here's how it works.

You open up the augmented reality app, and it'll ask for permission to use your location, camera and all that jazz.

Now that the app has an idea of where you are, you can walk up to select locations and discover more about hidden figures in the STEM fields (science, technology, engineering and math).

And the key words here are "Hidden Figures" because the app was made, in partnership with IBM, as a hat tip to the movie of the same name. It celebrates the achievements of the African-American women who were instrumental in helping the US reach the moon.

Inspired by the achievements of these three women, IBM aims to shine a spotlight on hidden figures from science, technology, engineering and mathematics stem to act as role models for the next generation. Because when creative minds work with the best technology, we can outthink anything.

But back to the app.

"Outthink Hidden" marks different locations that will unlock information about unsung STEM heroes using an eyeball icon. Here's how the app's map looks around our neck of the woods in Manhattan.

Now, if you'll excuse me, I'm gonna go try one of these bad boys out on my way to lunch.

Citations: The New York Times gets into augmented reality with a new app (Digiday)