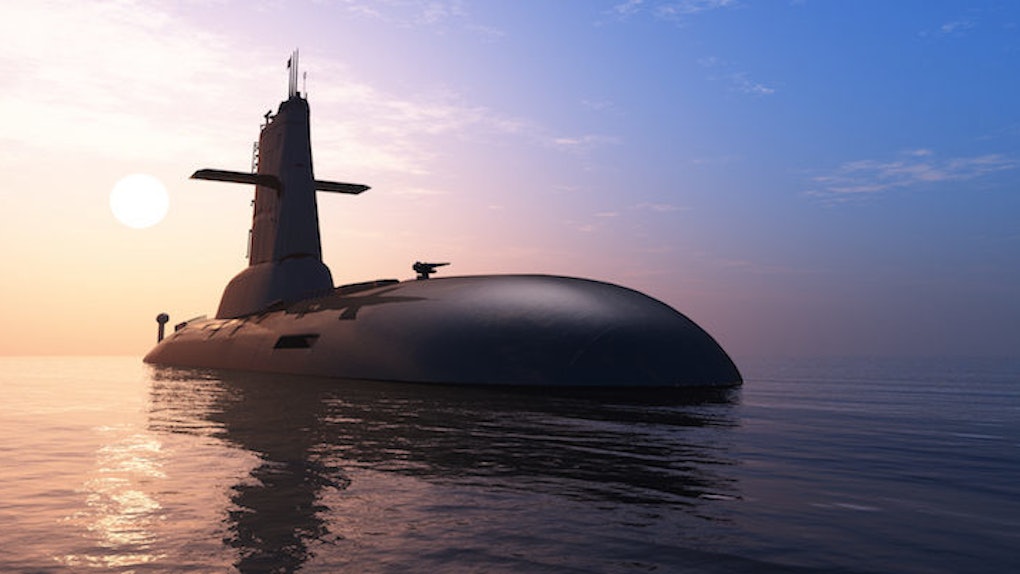 According to the Navy Times, two sailors admitted to recording female sailors undressing before every shower they took during two patrols on a ballistic missile submarine called the Wyoming.

One other male sailor was implicated in filming the women, but up to 12 sailors in total reportedly filmed, distributed, watched or knew about the videos.

Using two cell phones and an iPod Touch, the sailors went to unguarded areas and discovered "a limited viewing area of the bathrooms/heads via piping penetration air gaps in the bulkheads," or essentially holes in the wall, according to a Navy report.

Cell phones and iPod Touches are essentially banned on the Wyoming, so it is not clear how the devices went undetected.

The recording ring in which the videos were shared went on for 10 months, with an investigation only starting when news of the videos spread to another ship.

Missile Technician 2nd Class (MT2) Jonathan Ashby told an investigator he didn't report the videos due to embarrassment and fears of the disciplinary action that would follow.

MT3 Brandon McGarity cited a similar excuse in his own statement, saying,

At least two sailors, including McGarity and Ashby, had videos sent to them, but they reportedly deleted the videos almost immediately after learning what they contained.

Out of the 12 suspects, 10 faced punishments including dishonorable discharge, demotion, decrease in pay and jail time.

MT2 Charles Greaves, the alleged ringleader of the recording scheme, pleaded guilty to recording and distributing the videos and was dishonorably discharged and sentenced to two years in prison.

It appears just one of the 12 was released with no charges.

In the aftermath, crews aboard the Wyoming were ordered to complete a command-climate survey and submarine-culture workshop.