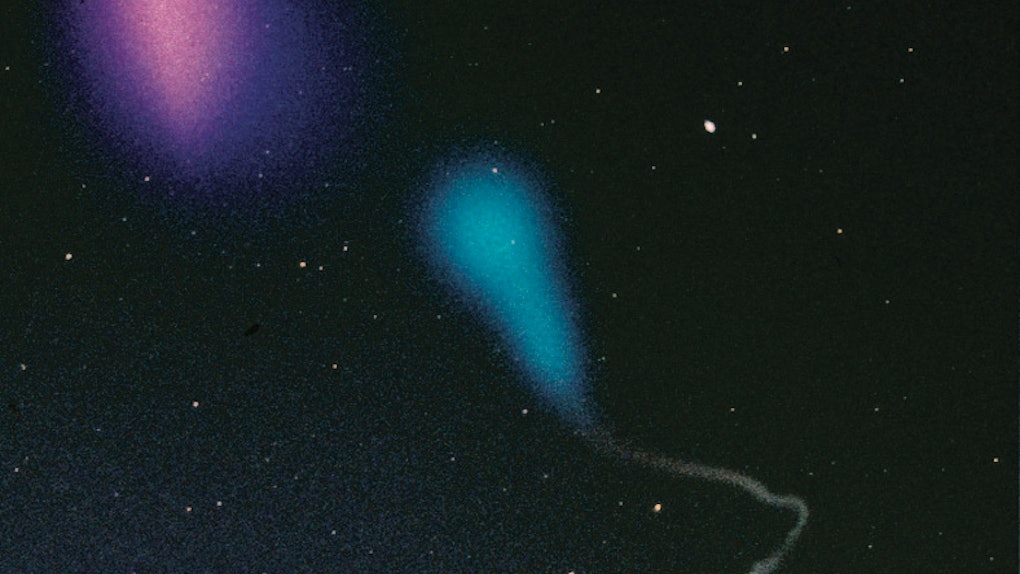 If you live on the East Coast, you're in for a treat tonight, courtesy of NASA. All you have to do is look up.

Between 7 pm and 9 pm Wednesday evening, NASA will test some of its newest technology, including a modified Black Brant-sounding rocket motor and sub-payload ejection technologies.

The test will measure how well a rocket's payloads can be used to study the Earth's atmosphere.

While that's cool, what's even cooler is the potential after-effects of the test.

About six minutes after the suborbital rocket's launch, NASA says it will deploy "four sub-payloads containing mixtures of barium and strontium," creating glowing clouds that are blue-green and red in color.

NASA explained in a statement,

Residents from Long Island, New York, 235 miles north of the launch site, to Morehead City, North Carolina, 232 miles south, 165 miles west in Charlottesville, Virginia -- and everyone in between -- could get a glimpse of the colorful evening launch.

And don't worry conspiracy theorists, these chemicals cannot, and will not, harm you. In fact, barium and strontium are often used in much higher quantities in common fireworks.

NASA even made this handy guide to help you understand which chemicals cause which colors:

If you don't live on the East Coast, but still want to see the test, check out the live feed via NASA below:

Citations: Wednesday Rocket Launch to Be Visible Along Mid-Atlantic (NASA)