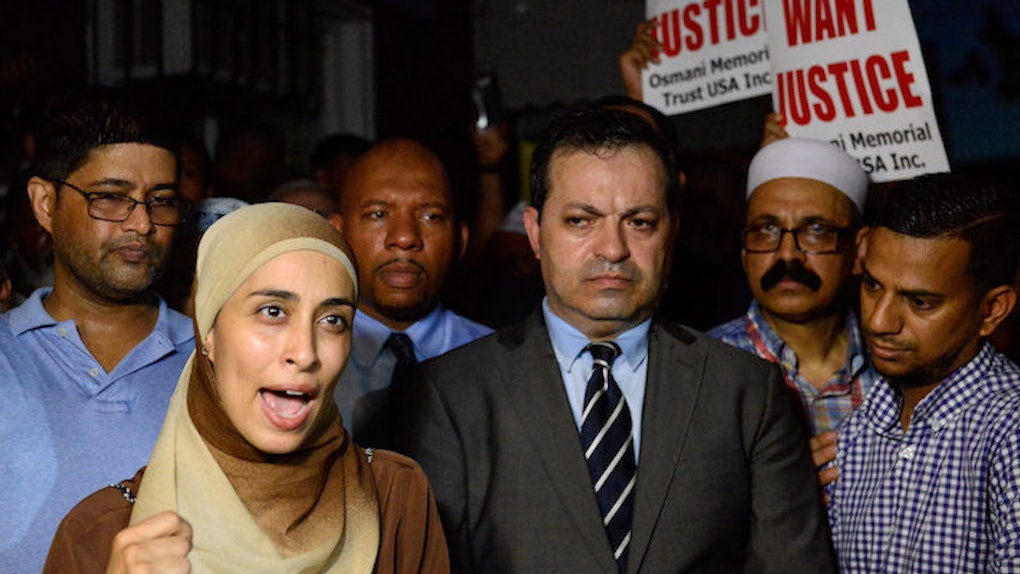 Two Muslim men were shot and killed in broad daylight in New York City on Saturday.

According to The New York Times, Imam Maulama Akonjee, 55, and his 64-year-old assistant, Thara Uddin, had left a prayer session at their mosque, Al-Furqan Jame Masjid, when they were seemingly targeted and brutally shot.

Police reportedly found them alive with gunshot wounds in their heads, but both later died at the hospital.

The violent deaths of the imam and his assistant shocked their community and prompted protests amid a noted rise in anti-Muslim sentiment across the US.

According to the Associated Press, one person who knew the imam said of him,

The tragic killing prompted a news conference near the scene from the Council on American-Islamic Relations, a Muslim advocacy group, as well as a statement from the president of CAIR's board, Zead Ramadan, who called the shooting "a crime against humanity."

According to the AP, a leader of another local mosque who attended that conference made it clear he thinks this attack was a hate crime directed toward Muslims, saying, "Read my lips: This is a hate crime. We are peace-loving."

Though many Muslim residents of the Queens neighborhood seemed to agree, police are still investigating at this time and suggested there was no evidence yet to tie the murder to any kind of religious motive, though The New York Times reports Akonjee was carrying over $1,000 that was not taken.

Witnesses saw a man running from the scene with a gun in hand, and police released a sketch of the suspect Sunday morning.

According to a report from The New York Times, in the wake of terrorist attacks in San Bernardino and Paris, hate crimes against Muslim Americans in the US tripled.

Citations: Imam and His Assistant Killed in a Shooting Near a Mosque in Queens (The New York Times), Imam, friend fatally shot after leaving NYC mosque (Associated Press), Crimes Against Muslim Americans and Mosques Rise Sharply (The New York Times)