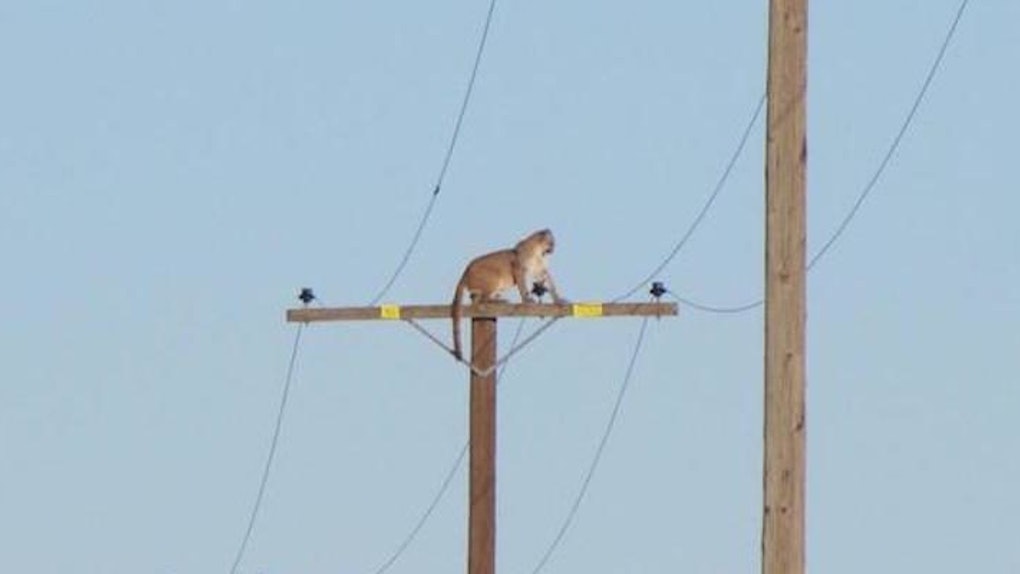 A mountain lion, or cougar, reportedly climbed to the top of a utility pole in Southern California on Tuesday and stayed there for the entire afternoon.

According to Victorville Daily Press, the cougar scaled the 35-foot pole in a rural section of Lucerne Valley after being startled by rowdy kids who were headed home on a school bus.

The animal, likely an adult, apparently climbed down at some point Tuesday night and retreated to the wilderness.

A flock of birds let the cougar know it wasn't welcome atop the pole, Jose Ruiz told the Daily Press. Ruiz, who lives across the street from the pole, said,

It was funny. It was like the one crow was saying, 'Hey, you're not a crow' to the mountain lion.

Multiple cougar sightings were reported about 20 miles away on Tuesday and Wednesday, but Suzanne Edson, an Animal Control officer, said that is not unexpected since the animals tend to be "more active" in the area during the fall.

Edson added mountain lions will typically only attack humans if they feel they are in danger.