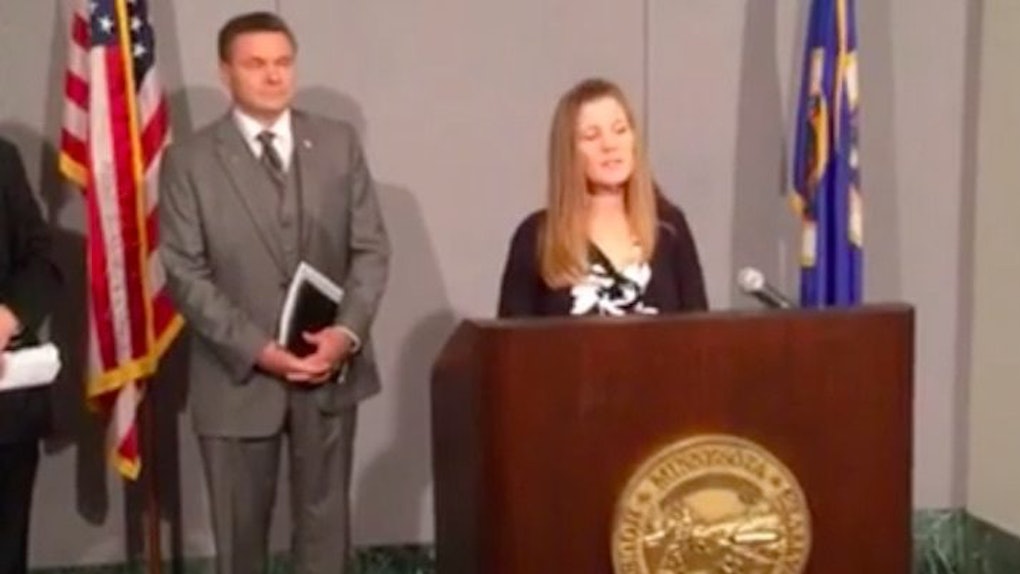 A Minnesota woman sued her transgender teen daughter on Wednesday, November 16, for receiving a sex change without her permission.

Anmarie Calgaro claims her 17-year-old did not consult her before undergoing medical treatment, and she feels her parental rights were infringed.

The lawsuit she filed also adheres to various agencies and healthcare providers that allegedly helped her daughter initiate the process without her consent, DailyMail.com reports.

Calgaro believes she was "robbed at the opportunity to help," and spoke to reporters outside court on Wednesday in effort to justify her reasoning behind filing the lawsuit.

In the footage, Calgaro said her child — whom she still calls a male —  filed an emancipation statement in June 2015 with the help of the Mid-Minnesota Legal Aid Clinic.

Apparently, he had left home when he was 15 years old, and after six months, Calgaro denied to file him as a runaway and did not attempt to bring him back, the article states.

Therefore, the teenager allegedly claimed in his emancipation statement that his mother "made it known to him that she no longer wishes to have any contact with him" and that she "knows where he is and has made no attempts to bring him home," according to DailyMail.com.

From that moment forward, Calgaro has been denied her child's records — even from school.

With this letter, Calgaro's son was able to receive the medial attention needed to undergo the procedure.

In the clip filmed outside the court room, she said,

Suddenly my son, without any notice to me, was no longer under my supervision. Based on that piece of paper alone, he began receiving public assistance, including medical services, and housing and food support.

Minnesota law reportedly claims a minor managing his own income and living separately from his parents is allowed to consent for medical attention.

However, Calgaro's attorney, Erick Kaardal, said the lawsuit is aiming to restore Calgaro's rights as a parent.

Surprisingly, Calgaro claimed she is not against her son becoming a female, and allegedly told reporters outside the courtroom she wanted her child to "slow down."

In the footage, she also stated,

I am firmly committed to what is best for my son. I am his mother, and he has always been and always will be welcome in our home.

Calgaro hopes to have her parental rights restored, regardless of her son's gender transformation.