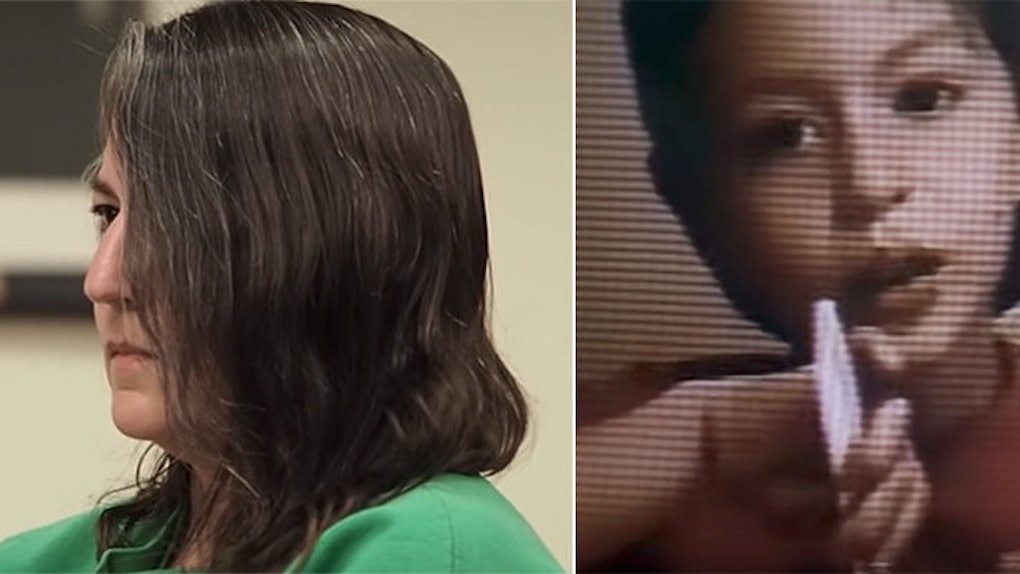 Twenty-five years ago, a mother told police her young son had gone missing at a carnival in suburban New Jersey.

Nearly a year later, the boy's remains were found in a marsh in 1992.

Now, decades after his death, the mom received a hefty sentence that a judge says will last until she's "old and gray."

On January 5, that 30-year sentence was handed to 49-year-old Michelle Lodzinski, who had been convicted last May of murdering 5-year-old Timothy Wiltsey in 1991.

In describing the child's murder, Assistant Prosecutor Christie Bevacqua spared no details. According to  NJ.com, she said,

Lodzinski was 23 years old when Wiltsey's body was found in Edison, New Jersey, the town where she worked at the time, according to NJ.com.

By the time the police's two-days search led them to the body on April 23, 1992, all that was left were the boy's skeletal remains, according O'Brien's account, which was detailed in another NJ.com report.

One photo of the remains showed Wiltsey's skull, an image which during sentencing Judge Dennis Nieves told Lodzinkski he would "never forget."

Still, there had never been any forensic evidence that linked the mother to the boy's death, nor had any cause of death been determined.

But Lodzinski's undoing appears to have been the inconsistency of her stories. She first began by telling police her son had disappeared while she wasn't paying attention, then later said he was taken at knifepoint by a friend.

Judge Nieves told the mother while sentencing her,

Clearly, the belief that she lied was enough to damn her to 30 years in prison.