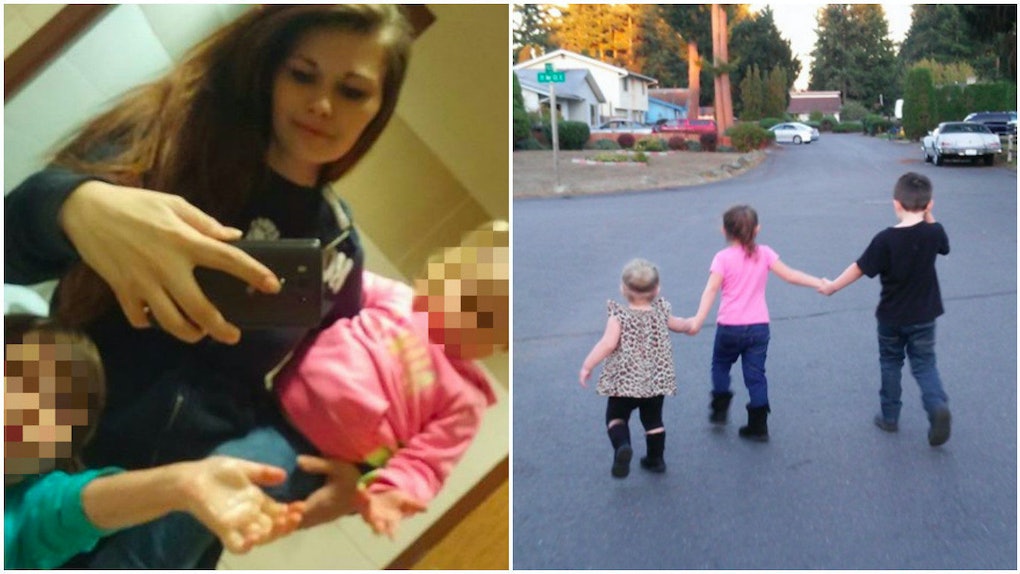 A mother and her boyfriend allegedly injected her three children with heroin and told them it was "sleeping juice."

Ashlee Hutt, 24, of Spanaway in Washington, appeared in court this week after being charged with second-degree criminal mistreatment, second-degree child assault and unlawful delivery of a controlled substance to a minor.

Her partner Mac McIver, 25, faces the same charges and appeared in court last month. It is not clear if he is the biological father.

The pair denies all the charges but both admit to being heroin addicts.

The couple lived with Hutt's 6-year-old boy and two girls, aged 4 and 2.

According to court documents, the investigation spans back to November last year when they were removed from Hutt's home by Child Protective Services.

Investigators were alerted to appalling conditions by a friend of the couple.

Some of the statements [the children] made were very disturbing about how they would get sleeping juice to go to sleep and it was injected into them by needle.

Bruising and injection marks were discovered on their bodies.

During an interview, the boy said he was physically assaulted by McIver and injected with something he described as "feel-good medicine."

Two of the kids tested positive for heroin and one tested negative, reports KIRO7.

It is believed the children were injected with the drug to help them fall asleep at night.

The boy described the "sleeping juice" as white powder mixed with water.

All three children have recovered and are in foster homes.

They're in foster homes and they're doing well.

There are conflicting reports about whether Hutt and McIver remain in custody or were released on a $100,000 bail.