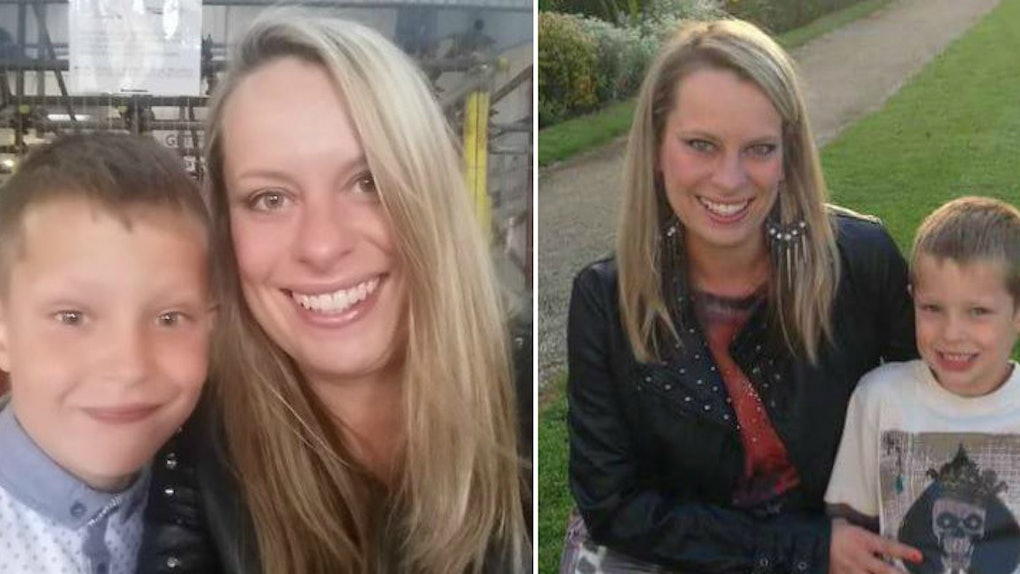 Mom Mysteriously Dies 2 Weeks After Son Is Killed In Fire

Kelly-Anne Carter, 35, who would be best described as a "loving and exemplary" mother, was forced to watch her home in flames as the blaze claimed the life of her 8-year-old son.

Carter was found by the fire crews on the front lawn in Sandbach, Cheshire with serious burns.

She was in stable condition at the hospital, but she was left completely devastated by the loss of her only child. The fire crew pulled her son Lucas out of the home, but they were unable to save him.

Her sister said it is a suicide, but they're not sure how she committed the act,

Yes my sister did take her own life. My family are in turmoil.

Kelly was a loving and exemplary mum to Lucas. She was bringing him up as a beautiful caring young man. Both of them were popular and outgoing, with a wide circle of friends. Literally hundreds of people have shared the shock of recent events. We are not a large family and this has come as a devastating tragedy, so we would like to thank everyone for their sympathy and condolences. Kelly was extremely close to her sister Gemma. Our hearts go out to her, her partner Daniel, and to Kelly's partner Andy who was utterly devoted to her and to Lucas.

Sadly, this death is a huge blow to her sister Gemma. Their own mother had committed suicide and their father has passed away.

Kelly-Anne will be absolutely devastated by the death of her son. He was her only child and she was totally devoted to him. Lucas was a beautiful baby when he was born and he had grown up to be a handsome and kind boy. He had a lovely nature.

Our thoughts are with Kelly-Anne Carter's family and friends.

Citations: Mother takes her own life two weeks after her son, eight, perished in a house fire while she was forced to wait helplessly outside (Daily Mail)