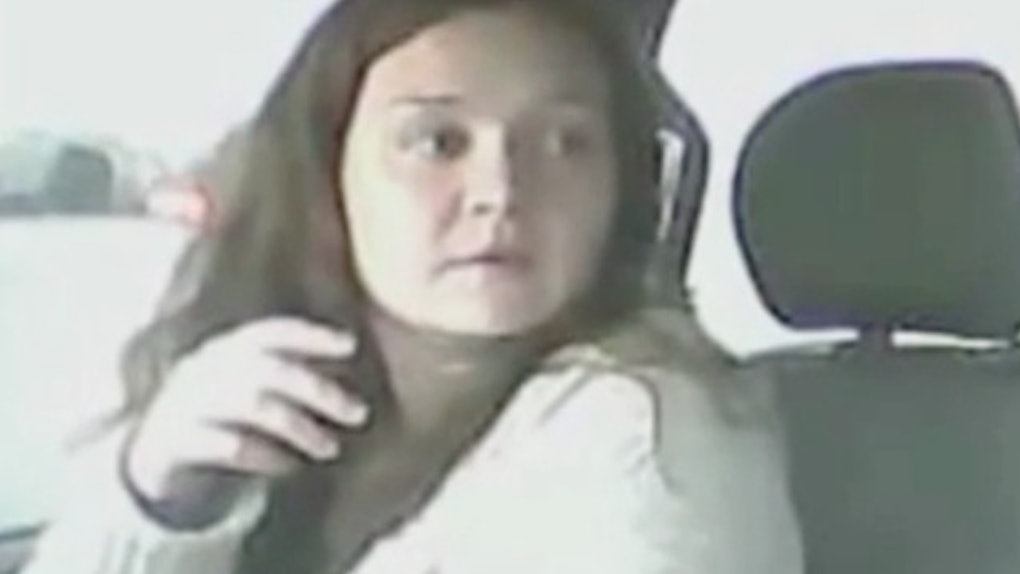 A mother has been caught red-handed on a dashcam trying to hire a hitman to hurt and possibly kill the father of her three kids.

Kristina Johnston, 28, didn't realize she was talking to an undercover cop during the sting in Michigan.

The video, obtained by FOX 17 with a Freedom of Information Act request, shows Johnston chatting openly about having the hitman murder the 29-year-old man.

In part of the 30-minute clip, recorded back in November, the undercover cop can be heard saying,

It depends on what you want. If you just want me to hurt him, obviously that's not going to cost that much.

And that removes him at least temporarily, do you know what I mean?

The mother, who previously claimed her husband had been abusive toward her and her children, calmly says,

And then I'll have to hire you again to finish the job... then I'll do that. If I did do that, I don't know how I would live with myself and my kids... doing that. But it would have be... let's try something first, and then I'll pay you for that... and then if he don't get off my fucking back or do something then it's going to be the second... definitely.

The pair arranged to meet up the following day to exchange money -- the vital piece of evidence cops needed to charge her with solicitation of murder.

The sting was orchestrated after a tip off from someone close to the couple.

To qualify for a solicitation of murder charge, you have to actually have a money transfer or any offer of money being transferred. When children are involved in this case, it looked like it may have been spurred mostly by custody.