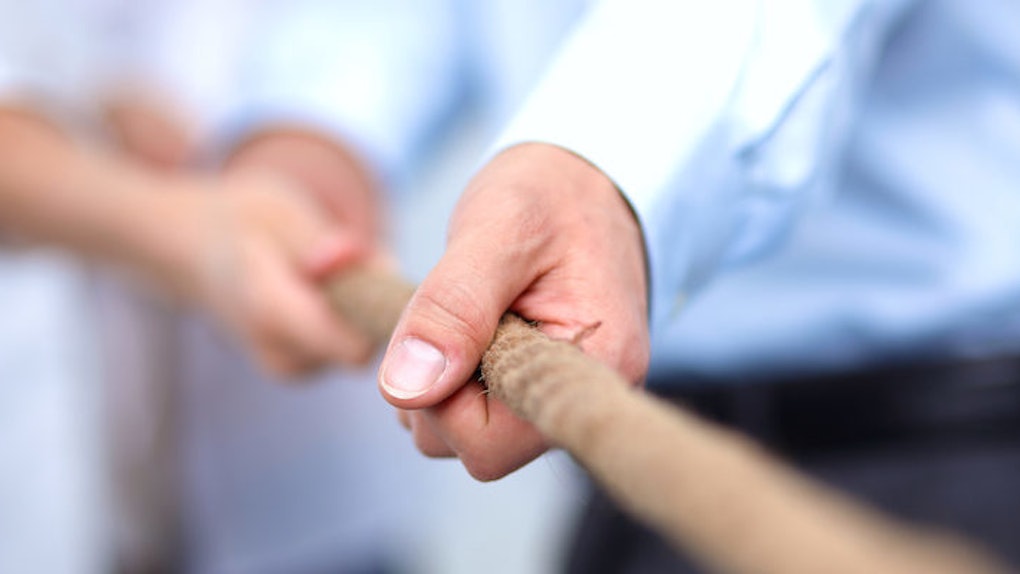 Thousands of circumcised men are reportedly using tugging devices to regrow their foreskins.

Devices such as the 4-inch TLC Tugger stretch the skin on the penis with the goal of regenerating approximately an inch of skin and, yes, they actually work.

The devices, which can cost from $3 to $85, are supposed to be worn daily, but the skin isn't expected to grow back until after one to five years of restoring, New York magazine reports.

Most of these men don't seek out doctors, possibly out of embarrassment, and many quit after a few months of trying because the process is so grueling and isolating.

One South Florida man, who assumed the fake name "Murphy" for a report, said it takes under a minute to put on the Tugger, which he wears for nearly eight hours a day.

The device reportedly clips on like a balloon around a faucet.

It's not painful at all. I've never put it on and been depressed. It always feels like it's making me better.

Though Murphy has been restoring for five years, the project remains incomplete.

Surgery to stretch the penile skin by a few inches is available, but costs around $8,000 and is usually not covered by insurance because it is categorized as a cosmetic procedure.

It's the support from fellow restorers on online forums, which is where most restorers get their information, inspiring men like Murphy to carry on.

In 2009, the website restoringforeskin.org was created and over 15,000 men have become members since. Tugging device-maker Ron Low told the New Times Broward-Palm Beach he mailed more than 5,000 of his products last year.

Low, who restored his own foreskin, said of himself and his peers,

We aren't foreskin enthusiasts or sex-obsessed. We just want to have a normal, natural body.

Murphy's progress is described as being a three out of 10 with a 10 being the point when the head of his penis is entirely covered by skin.

He expects to go up another number any day now.