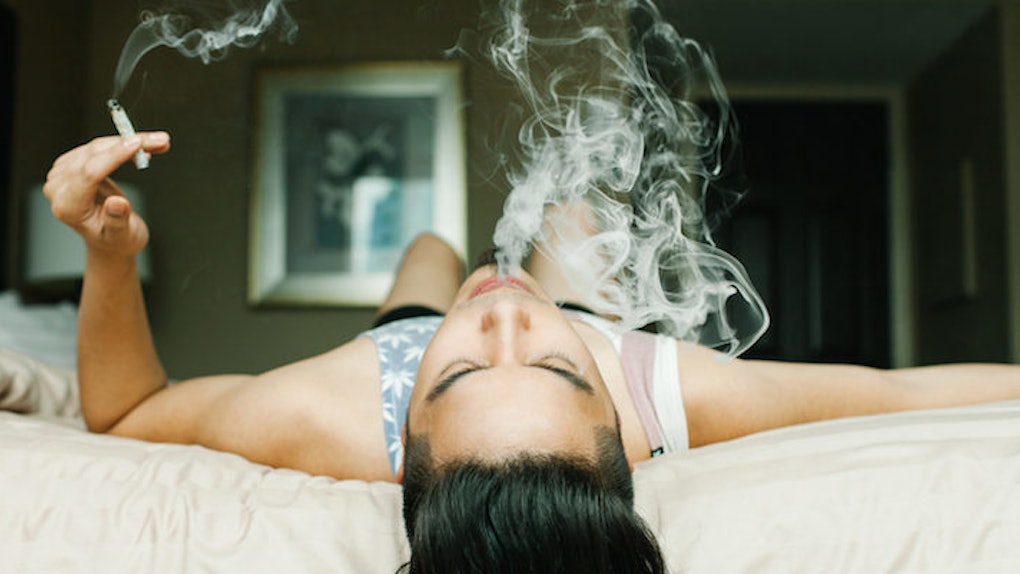 Americans spent the past 12 years dramatically increasing their love of marijuana.

According to The Washington Post, a study revealed the amount of American adults who say they use marijuana more than doubled from 2001 to 2013.

Researchers led by Deborah Hasin, a professor of epidemiology at Columbia University, examined the results of two National Epidemiologic Surveys on Alcohol and Related Conditions.

Participants answered questions to determine marijuana use, as well as to look for any signs of what is known as use disorder. Use disorder is the continued use of marijuana, despite debilitating effects such as medical problems, a tendency to drive under the influence, failure to decrease dependency and problems involving one's friends or family members.

The Washington Post notes the amount of Americans who approve the legalization of marijuana went from a third of the population to the majority in approximately that same time interval.

One might attribute the increase in use to the legalization of medical marijuana, which began in 1996 in California and since spread to 22 more states and the District of Columbia.

Recreational marijuana, on the other hand, was first signed into law in 2012 and is now only legal in four states, in addition to the District of Columbia.

Professor Hasin said the next step is figuring out what is responsible for marijuana becoming less taboo in the US.

You can speculate that Americans are increasingly viewing marijuana as a harmless substance... or laws are changing. But we don't really know until you do good, empirical studies on what factors are really influencing it.

In terms of use disorder, approximately three out of every 10 marijuana users said they had an unhealthy reliance on marijuana or used it to harmful results in the 2013 survey.

That's about 6.8 million Americans -- reportedly just a small decrease since 2001.

The study authors concluded if marijuana use continues to increase, the public must receive more education about its risks.

In the study, the authors said,

This study was originally published in JAMA Psychiatry.

Citations: Marijuana use more than doubles in just 12 years (The Washington Post)