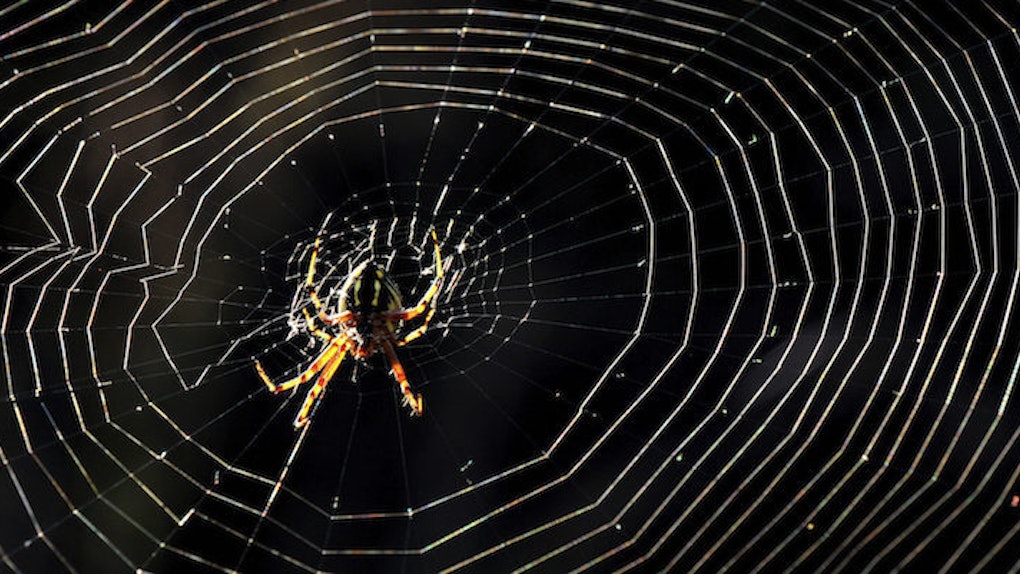 What's your worst fear? Spiders? Small spaces? Spiders? Heights? Spiders? What about a combination of those? Yes? Well, you should probably stop reading.

A 40-year-old British barrister -- fancy talk for a lawyer -- allegedly barely survived a potentially deadly encounter with a spider during a flight from Doha to Cape Town.

Jonathon Hogg, who described himself as a once-avid soccer player and kickboxer, was sitting on a plane when he felt a sharp pain in his leg.

He told Daily Mail he originally didn't think it was that big of a deal. He reportedly said,

I was struggling to get comfortable during the journey and crossed my legs to get into a better position when I felt a small, sharp pain radiating in my left leg. I turned on the light and clearly saw a spider running across the floor before hearing two stewardesses screaming 'spider,' but I wasn't sure if I had been bitten as it really wasn't very painful.

A few minutes later, though, his limb began to swell and Hogg said he experienced pain “like nothing [he'd] been through in [his] life.”

After the plane landed, Hogg eventually decided to go to the hospital, but he says the scene was already pretty grizzly by the time he arrived.

By the time I got to [the] hospital my leg was bursting open, there was pus, it was black. It was a right mess. They told me if I had been any later I would have lost my leg or even died. It was terrifying.

Hogg was rushed to surgery. Once in the operating room, doctors meticulously removed the part of the leg where the flesh was already eaten by the spider venom.

He stayed another month in the South African hospital after the original surgery, enduring three more operations and a skin graft. Three months later, Hogg is reportedly still receiving medical treatment for the bite, which doctors believe came from a brown recluse spider.

Hogg was originally shocked by the damage the bite caused but considers himself lucky to still be alive. He explained,

I knew something was wrong but I had no idea how bad it was until I spoke with the surgeon. When he told me how close I had come to losing my leg I was stunned. It really hit home when they removed the bandages and I saw what was left of my leg – it resembled something from a horror film. They had been forced to cut away so much, I was devastated. However when I realized the extent of my injuries, I realized I was just lucky to still have my leg – even if the sight of my leg shocked me when I finally saw it.

Jonathan is suing Qatar Airways, which he claims wiped its hands of responsibility for the spider attack.

Citations: I almost lost my leg after flesh eating spider bite on a plane British barrister explains how shin burst open during flight from Qatar to South Africa (Daily Mail)