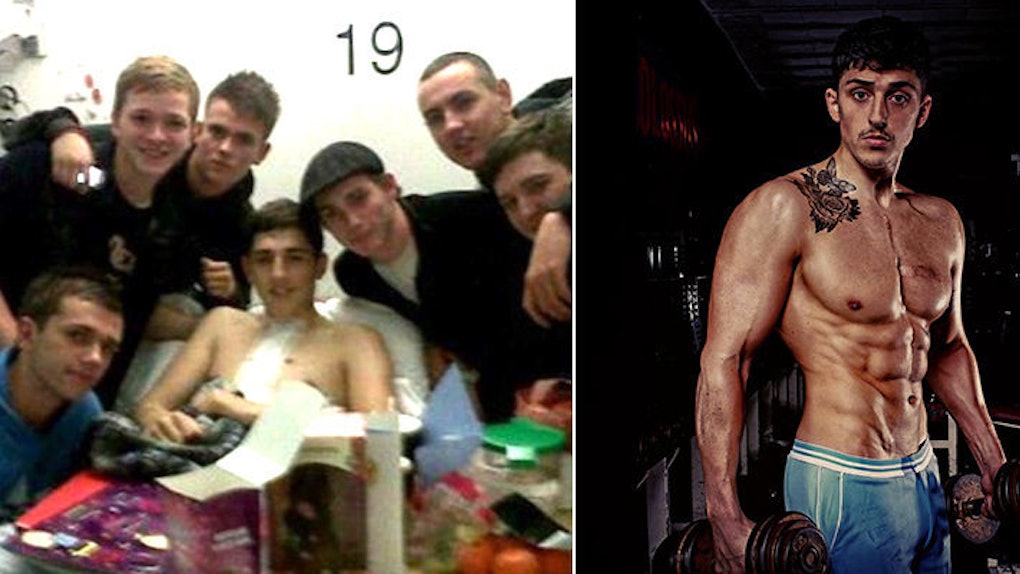 Man Gets Stabbed In The Heart, Goes On To Become A Champion Bodybuilder

What's your excuse for not getting in shape?

It can't be getting stabbed in the heart and almost dying three times on the operating table, because even that's not a good enough excuse anymore.

That's what happened to 22-year-old Kieran Quinlan when he was 17, and it didn't stop him.

Today, he's competing as a bodybuilder and living the life he nearly lost.

4 years ago I was involved in a knife attack which left me with a stab wound to my heart, lung and main artery. I was in intensive care for 3 weeks, during the operation (open heart surgery) my heart stopped 3 times and I was told I shouldn't of survived, the doctor said the only reason I did was due to the fact that I was a high class amateur boxer and was so fit and healthy that I managed to pull through… due to my Injuries I can never box again. I was 17 when it happened, it was hardest time in my life, I was paranoid every time I left my house, I lost loads of weight I felt like someone could just blow me over, I had a giant scar on my chest I was self-conscious of, I wouldn't take my top off in front of anyone or wear low neck tops and I couldn't compete in the sport I've done from the age of 7. It was 3 months before I was back on my feet and the first thing I done was straight in the gym to make my body in to something I could be proud of. I was insecure about my size and my scar, so I thought if people want to stare at me, I may as well give them a reason to. Ive progressed year on year and I will continue to do so, i will show you how, with daily updates of diet advice and training tips.

According to Daily Mail, Kieran recently placed second in his first bodybuilding competition.

Although he used to be self-conscious about his chest scar and only worked out at night so no one could see it, Kieran is proud to show the world he fully overcame the unprovoked attack.

Kieran's transformation is proof the human heart is stronger than we think.

Now, he can flex on anybody who doubted he'd be able to recover.

Every time he goes out and trains, he's an inspiration.

Kieran shares his story everywhere he goes and teaches many young kids a lesson he had to learn the hard way.

He visits schools around England with the Knife Awareness Project, a group that teaches students about knife crime.

When he's not doing that, he's hitting the gym.

I've been saying it for years, but working out in your underwear is LIT.

Citations: Man left with 10 inch scar after being stabbed in the heart by mobile phone thief overcomes the odds to become top bodybuilder (Daily Mail)