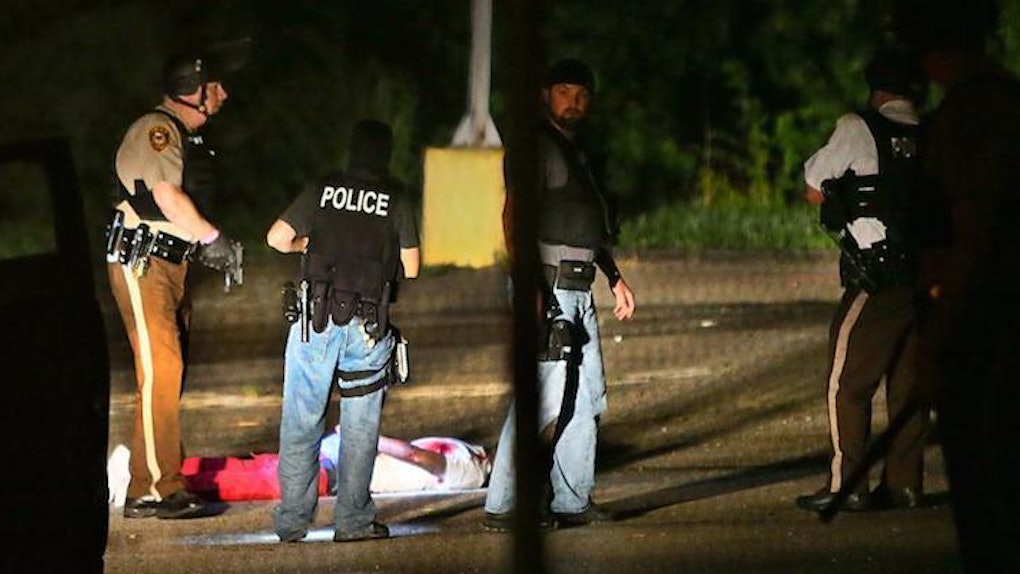 The 18-year-old who was critically injured by police during a protest in Ferguson was charged with 10 counts of three offenses.

Tyrone Harris, Jr. was shot by four officers after fleeing a gunfire exchange between two rival groups at around midnight on Sunday -- the one-year anniversary of Michael Brown's death.

The detectives were following Harris, Jr. in an unmarked SUV and reportedly turned on their emergency lights before he fired at them with a stolen pistol.

All four officers fired multiple times from inside the vehicle and again when they got out.

Harris, Jr. remains at a local hospital where he is reported to be in critical condition.

[Harris, Jr. is charged with] four counts of Assault on Law Enforcement in the First Degree, five counts of Armed Criminal Action, and one count of Discharging or Shooting a Firearm at a Motor vehicle.

His father said he was told the firefight between the two groups may have been caused by a disagreement over a television.

Someone attending the protests shot the video below of Harris, Jr. lying face down in handcuffs after being shot.

The 18-year-old was one of at least three victims of the shooting that night.

Harris, Jr. was shot about a half of a mile away from where Michael Brown was gunned down by Officer Darren Wilson.

Eerily similar to exactly one year ago. There are no words. #Ferguson pic.twitter.com/m7Hdm23XLA — Bipartisan Report (@Bipartisanism) August 10, 2015