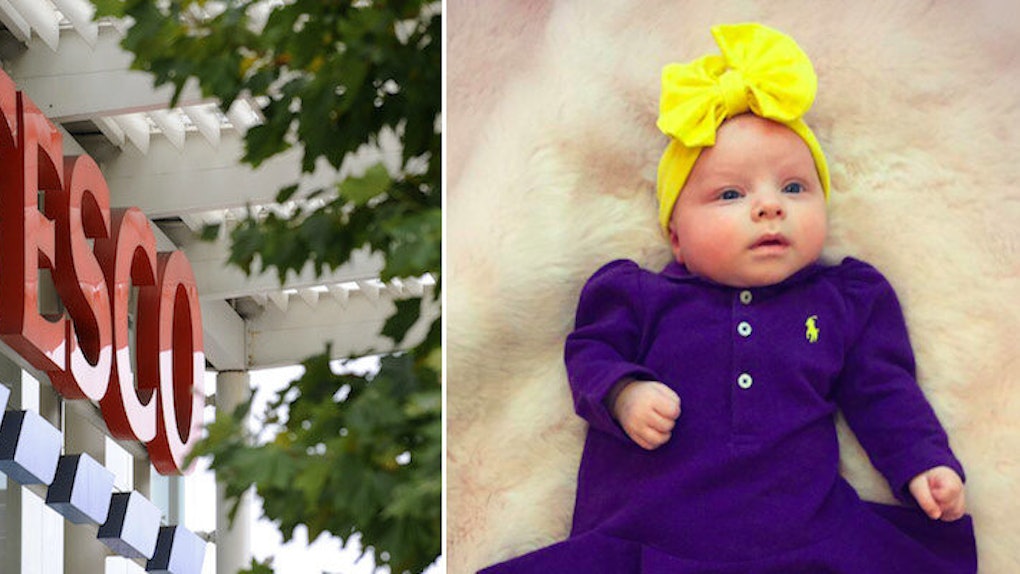 Man Punched Baby Because He Thought It Was A Doll

A man accused of punching a baby in the face said in trial he thought the baby was actually a doll.

So, that's one way to make an excuse for what happened.

David Hardy, a 64-year-old man, was shopping at a Tesco grocery store in Manchester, England along with his wife, Elaine.

Amy Duckers, mother of then 5-day-old Elsie, was also there shopping with the baby, her older daughter and her partner, Lewis Temple.

A neighbor of Amy's was there and was seeing Elsie for the first time. She ooh'ed and aw'ed over her.

She then called Elaine, apparently a co-worker, over to come "look at the beautiful baby."

In trial, the prosecution said,

At that moment David Hardy struck baby Elsie to the face. Amy lifted up Elsie's hat and saw a red mark the size of an egg. Mr. Hardy apologized and said, 'I'm so sorry, I thought it was a doll.'

Duckers, the mother, told her side of the story in trial.

He didn't even look in the trolley, just looked over and hit her. He hit out with his right side with a clenched fist in her face. She was in the car seat. He didn't even look in. It did connect -- yes, I saw and heard it. I heard the slap of the punch as well. My [older] daughter was hysterical. She was screaming, 'Is she going to die?' I said, 'You have hit my baby,' and he said, 'No I didn't.' It was only after he had seen that he marked her he admitted that he did, and then he said, 'I thought she was a doll.'

Baby Elsie was taken to the hospital and held in care for hours.

In court, Hardy admitted to hitting baby Elsie. But he denied the charge of assault, pleading not guilty.

His defense is that he thought the baby was a doll, and therefore he had no intention of hurting a baby.

Julie Wasilewski, a witness, said in court that Hardy was "stunned" when Elsie woke up and cried after he hit her.